Temple of Ramesses III at Karnak

Building activity at Karnak at the start of the 20th Dynasty showed no signs of slowing down. During his reign, Ramesses III added his own bark shrine to the area in front of the temple, opposite that of Sety II. This shrine took the shape and size of a small temple, including a small pylon, a court with colossal statue pillars, a hypostyle hall, and a sanctuary.

This nearly 200-foot-long temple features three bark chapels, a hypostyle hall of eight columns, a vestibule with four columns, and an open court (within which this view was taken).

The barque-chapel of Ramesses III, although smaller in size, follows the standard rectilinear pattern of ancient Egyptian temples, with the emphasis on moving from the dark, low inner chamber to broad open courts fronted by a massive double tower (Egyptologists tend to use the Greek term pylon). 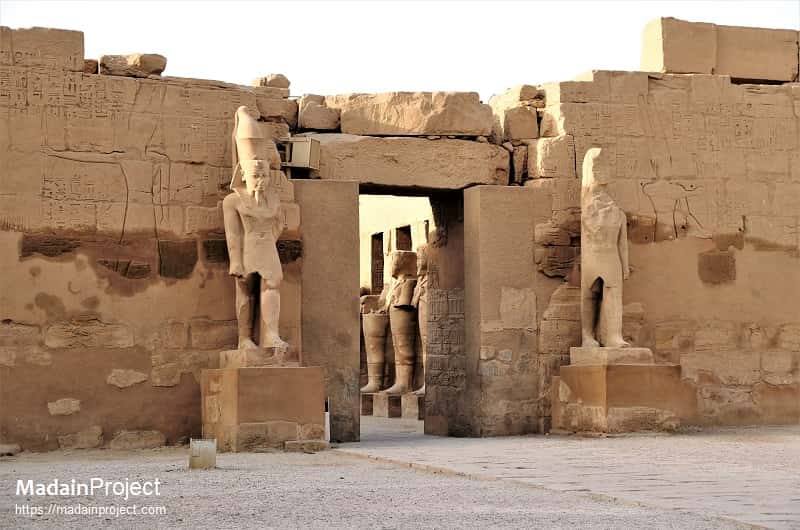 Pylon Facade
The facade or the pylon of the smaller barque-temple of Ramesses III lies within the first court of the main Karnak Temple, towards the south-west. This area was later enclosed by the court yard constructed by Shoshenq I (943-922 BCE). The shrine’s entrance was fronted by a small pylon adorned with scenes of the king smiting his enemies and two six meter statues carved from red sandstone flanked the door way.

The statues of Ramses III in this court are depicted in his Jubilee vestments. Jubilees were typically celebrated in the 30th year of a pharaoh's reign and every five years thereafter. 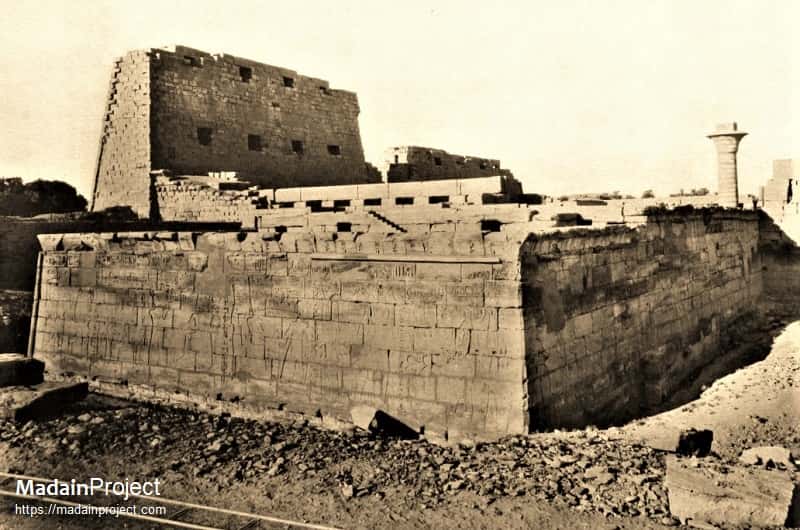 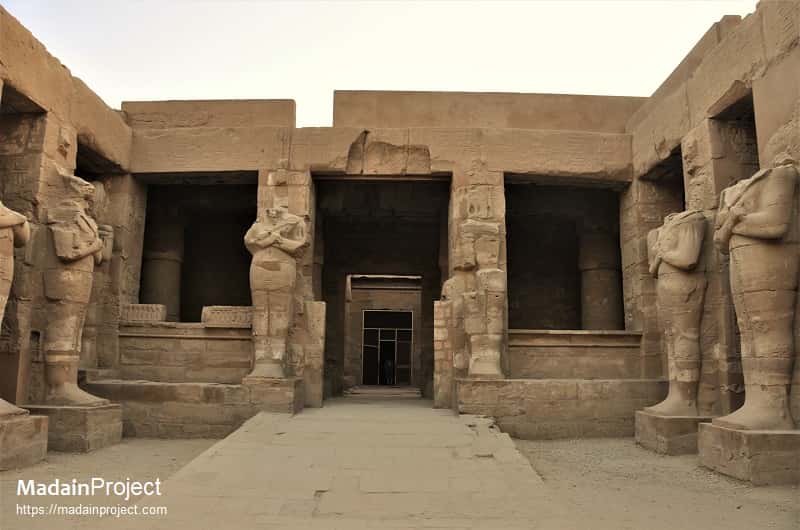 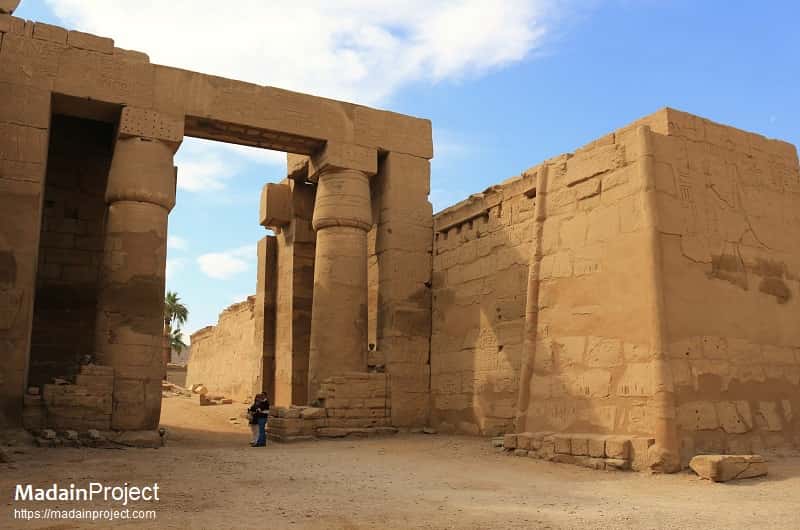 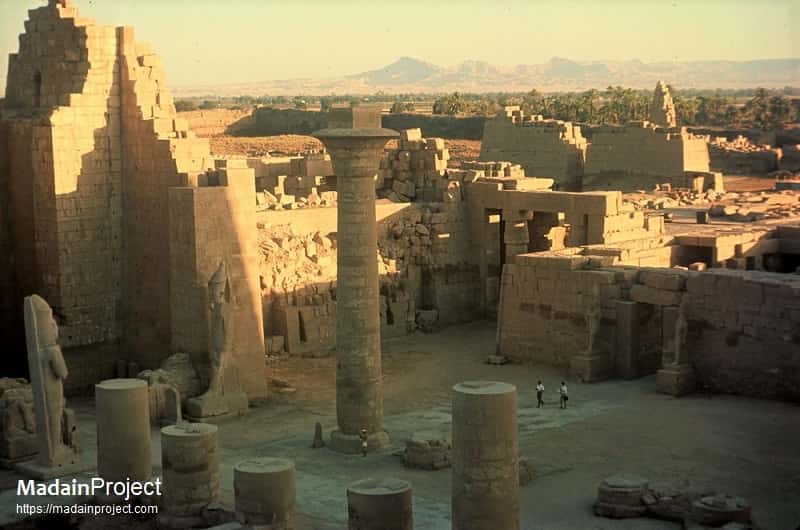