A list of inscriptions created or modified for the purpose of installation on Temple Mount. The following list includes inscriptions currently in-situ, museums and/or other locations. 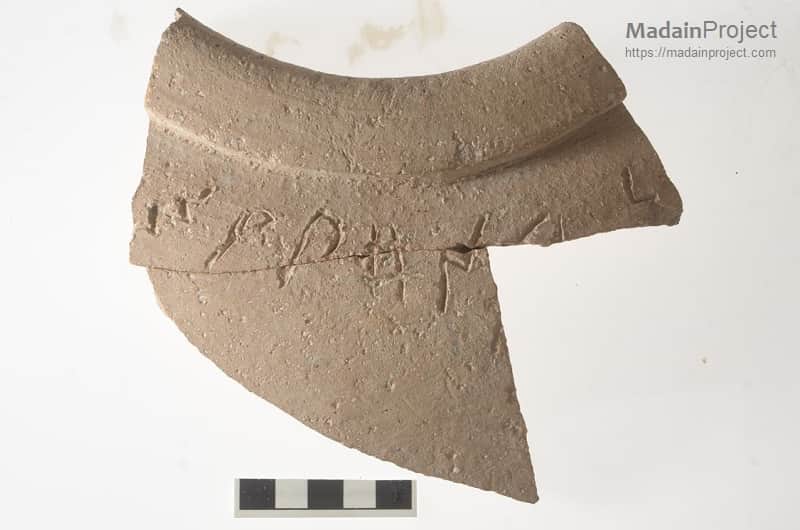 Pithos Ostracon Inscription
The pottery shard inscription known as the Ophel Inscription, according to archeologists, is a 3,000-year-old text found in Jerusalem, may be dated to the 10th century BCE. The fragment comes from a pithos, a large neckless ceramic jar discovered in a ceramic assemblage together with 6 other large storage jars that together comprised a fill that was employed to reinforce the earth under the second floor of a building, which the archaeologists excavating the site identified as contemporary with the biblical period of David and Solomon, and dated to the 10th century BCE.

Inscription of the Trumpeting Place
The Trumpeting Place inscription is an inscribed stone from the 1st century CE discovered in 1968 by Benjamin Mazar in his early excavations of the southern wall of the Temple Mount. Trumpting Place Inscription, believed to be a directional sign for the priests who blew a trumpet, consistent with an account in Josephus. The stone, showing just two complete words (לבית התקיעה, "lebeit hatekiya") written in the Square Hebrew alphabet, was carved above a wide depression cut into the inner face of the stone.

Temple Warning Inscription (B)
The Temple Warning Inscription (B), the block served as one of several Do Not Enter signs in the Second Temple in Jerusalem some two millennia ago, delineating a section of the 37-acre complex which was off-limits for the ritually impure — Jews and non-Jews alike. Written in Greek (no Latin versions have survived), they warned: "No foreigner may enter within the balustrade around the sanctuary and the enclosure. Whoever is caught, on himself shall he put blame for the death which will ensue."

Dedicatory Inscription of Antoninus Pius
This upside down dedicatory inscription is from the Roman statue of Emperor Antoninus Pius (138-161 CE) that the Bordeaux Pilgrim recorded seeing when he was on the Temple Mount in 333 CE. The statue was destroyed by the Byzantine Christians after 333 CE, the Jews in 614 CE or the Muslims in 638 CE. This reused block is the only part found so far of the two statues (one of Hadrian, and this one of Antoninus Pius). The inscription is found just above the western (double) Huldah Gates in the southern wall of Temple Mount.