The Tel Megiddo (מגידו‎, مجیدو‎), literally the "Tell of the Governor" is the site of the ancient city of Megiddo, the remains of which form a tell (archaeological mound), situated in northern Israel/Palestine.

Megiddo is known for its historical, geographical, and theological importance, especially under its Greek name Armageddon.

During the Bronze Age, Megiddo was an important Canaanite city-state and during the Iron Age, a royal city in the Kingdom of Israel. Megiddo drew much of its importance from its strategic location at the northern end of the Wadi Ara defile, which acts as a pass through the Carmel Ridge, and from its position overlooking the rich Jezreel Valley from the west. Excavations have unearthed 26 layers of ruins since the Chalcolithic phase, indicating a long period of settlement. 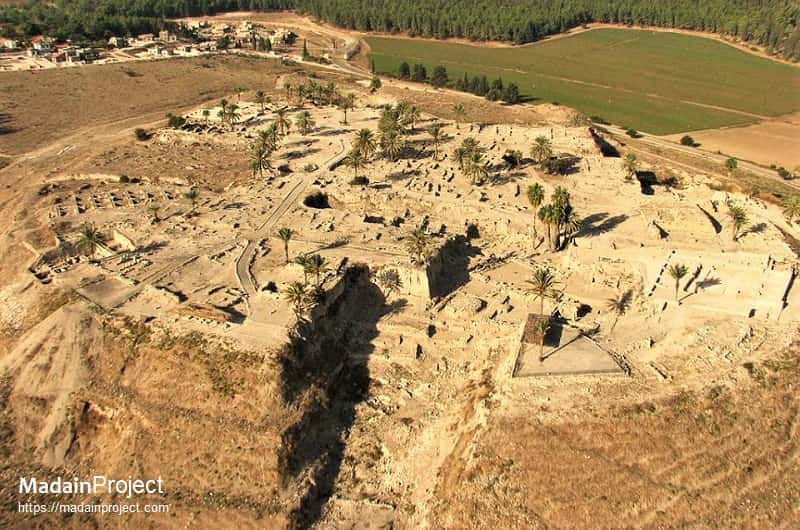 Canaanite High-place
This solid circular stone structure has been interpreted as an altar or a high place from the Canaanite period and may have been remained in use until 1900 BCE. This structure was identified and dated with some chicken and goat bones found nearby. Some indication of human sacrifice was also found at the ancient site. Constructed out of fieldstones, 8.5 meters in diameter and 1.5 meters high. Seven steps led to its top, upon which sacrifices were offered.

Canaanite Gate
The Canaanite gate at Megiddo dates to the Late Bronze Age (circa 1550–1200 BCE) period. This was built prior to the Israelite conquest of the land. It is a four-chambered gate, oriented north-south, providing access from the north. 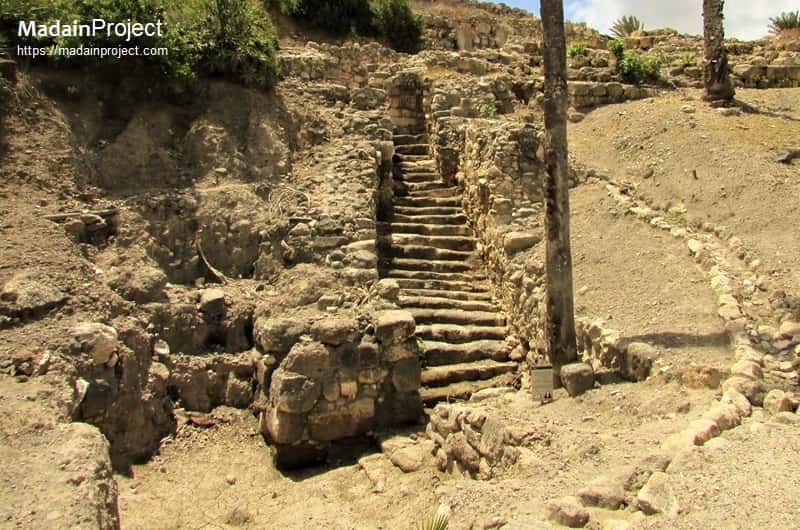 Israelite Gate
The Israelite gate dates back to the Iron Age. 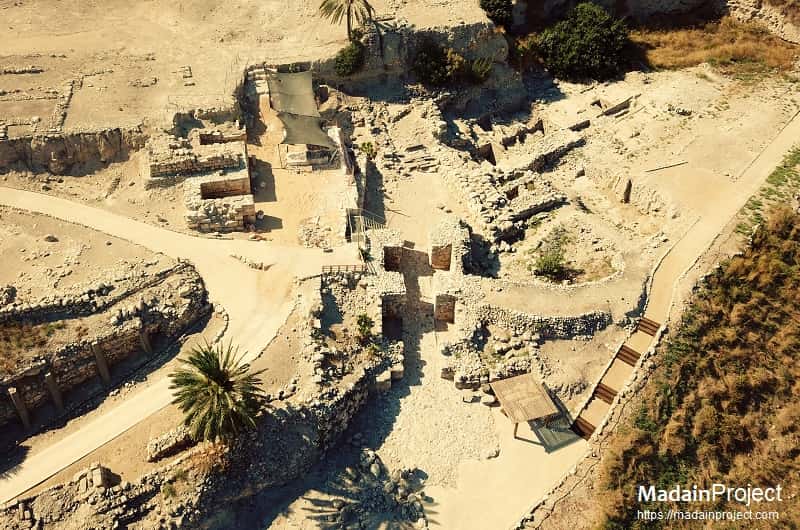