Synagogue Church (كنيسة المجمع) is a small Christian church in the heart of Nazareth known by this name because above its doorway is an embedded sign: "the synagogue". According to Christian tradition, the church is built on the ruins of the ancient Nazareth synagogue where Jesus studied and prayed. In addition, it is where one Sabbath day Jesus went to preach. 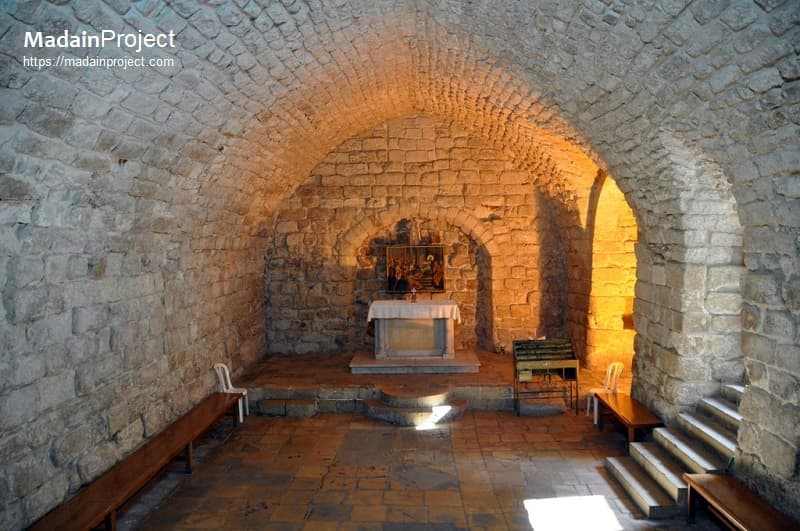 Main hall and the alter of the church, its floor is sunken about 1.5 meters underground, possibly built atop a Crusader church dating from the 12th century. The stairs to the right lead to the courtyard. An icon of Jesus preaching in the Synagogue Church hangs over the main altar. The Church is under the management of the Melkite Greek Catholics, and their modern church, added in 1887, is adjacent to the old structure. 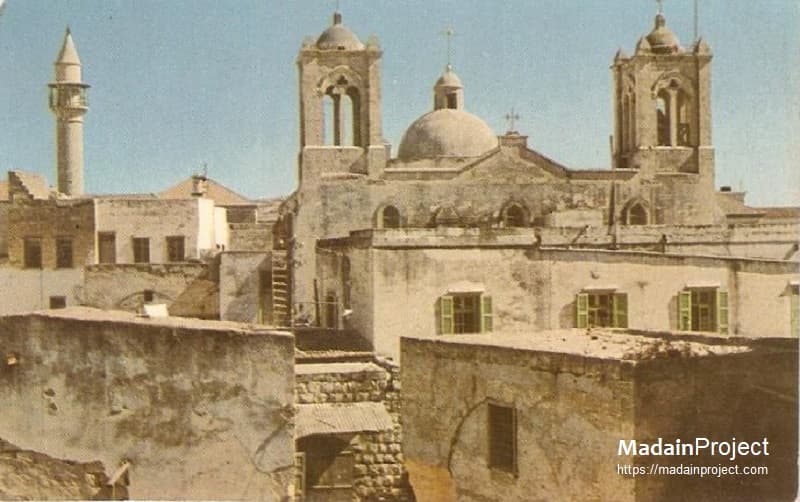 The twin bell toweres of the Greek Catholic Church, adjacent to the Synagogue Church, circa 1970s. The minaret to the left belongs to the White Mosque. The structure is currently controlled by the Melkite (Greek Catholic) Church. In 570 CE, an Italian visitor described Nazareth's synagogue, and reported that the original Bible was still there, including the bench where Jesus used to sit.

The entrance to the Synagogue Church and Greek Catholic Church. According to Christian tradition, the church is built on the ruins of the ancient Nazareth synagogue where Jesus studied and prayed. In addition, it is where one Sabbath day Jesus went to preach. In two Gospels (Matthew 13:54-58, Mark 6:1-6), his fellow townspeople became angry with him. Because he was one of them, they did not trust him to have the authority to preach in that way and to perform miracles. 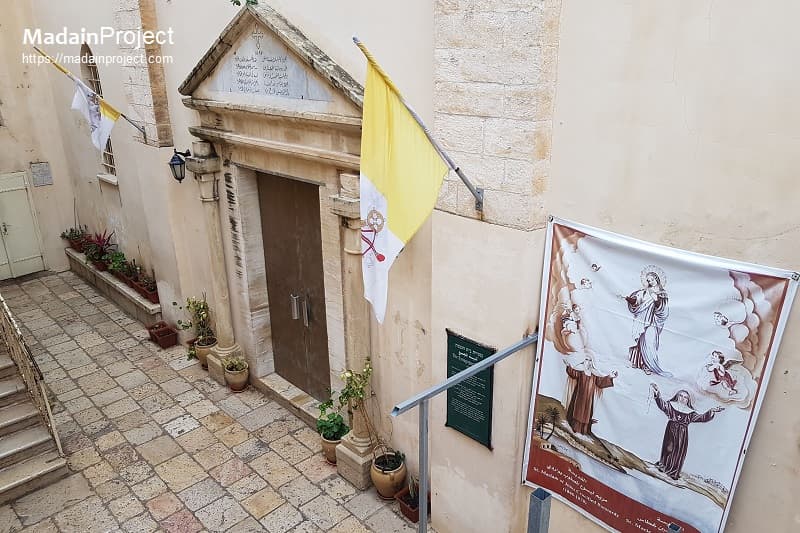 The fore-courtyard of the Synagogue Church, the door in the center leads to the Greek Catholic Church of Annunciation. And the small door to the left (partially visible) is the entrance to the Synagogue Church. Little is known of the years Jesus spent in Nazareth, leading scholars to describe this time as "the hidden life" or "the silent years". It is thus all the more significant for Christian visitors to find a lone place where such silence is broken – the Synagogue Church.

The entrance to the structue is at the rear of the chapel. The church was under the control of the Franciscans until the eighteenth century, when the ruler Zaher al-Umar passed it to the Greek Catholics. The Crusaders level is more than a meter lower than the modern church, and there are seven steps that lead down to its floor. In the entrance there are two ancient pillars, from an unknown period, embedded on the sides of the stairs that lead down into the room. 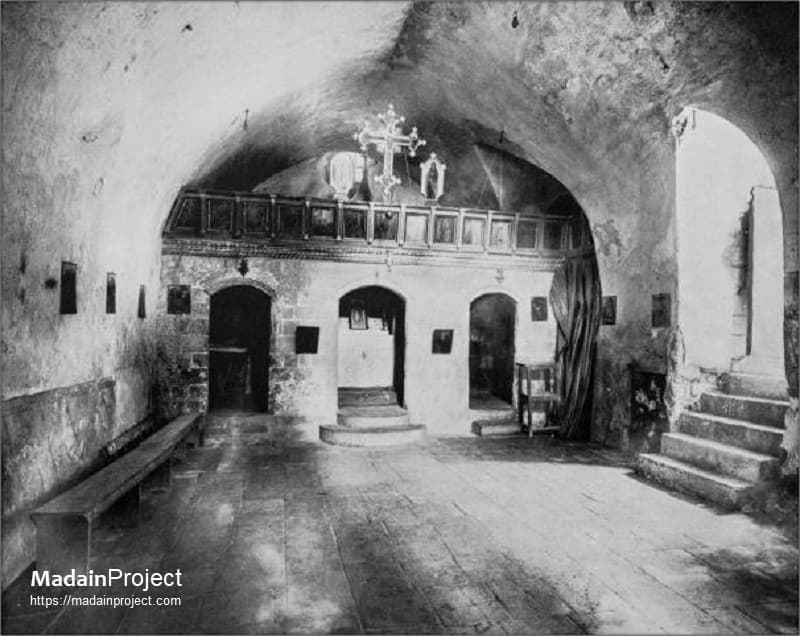 The Synagogue church circa 1900 CE. According to the tradition, the Jewish synagogue from the Roman period was located in this site, and this is where young Jesus visited.