The Sitinā 'Āishah, also known as the Maqam Sitna `Ayisha (مقام السيدة عائشة), is either a small Islamic funerary-shrine purportedly belonging to 'Aiesha the wife of prophet Muhammad or a mosque. It is located south-east of the Maqam Nabi Musa.

According to the local tradition it belongs to Aiesha bint-i Abu Bakr third wife of prophet Muhammad, which is highly unlikely, because she is known to have been buried in Baqi ul-Gharqad in Medina.

It is not certain when the current structure was built. This particular maqam is undated and there's no inscription for its identification.

T. Canaan called this shrine a masjid (mausoleum) and described it as follows, Masdjid sittna ‘Aisha in the neighborhood of Nabi Musa has vault resting on four comer pillars, where the south side has been completely closed, and the eastern and western only partly built. A simple, square handsome building with the northern side completely opened, and the east and west sides partly open, stands on the site of the old enclosure. No tomb, cistern nor tree is connected with this place”. 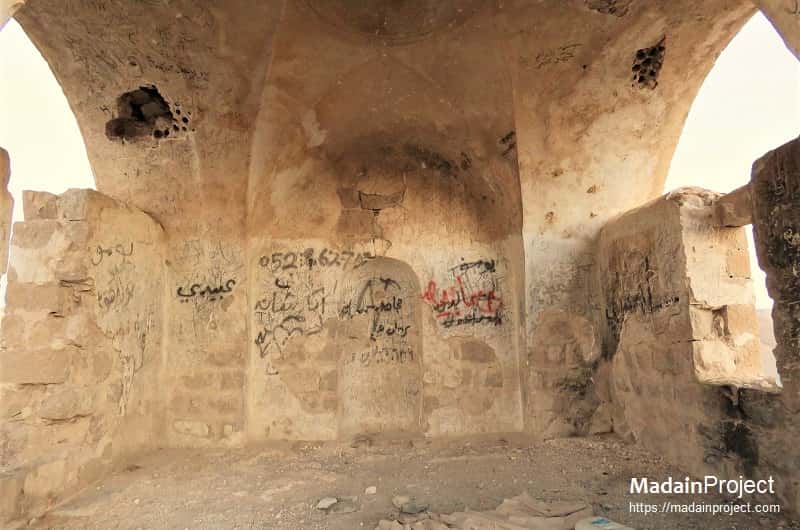