The Shunet el-Zebib (شونة الزبيب), literally meaning "raisin barn" or "storage of the raisins", also named as the Shuneh and Middle Fort, is a large mudbrick structure located at Abydos in Upper Egypt. The edifice dates to the Second Dynasty (circa 2750 BCE), and was built by the ancient Egyptian pharaoh Khasekhemwy. The structure is one of Egypt’s oldest standing royal monuments and one of the oldest preserved mud brick buildings in the world.

The Shunet was built as a so-called funerary enclosure, a place where the deceased king was worshipped and memorized. Such a place was named "house of the Ka" or "Ka-house" by the Egyptians and it was some kind of forerunner to the later mortuary temples known from the Old Kingdom period.

The two-part funerary complex, consisting of the underground tomb and the above-ground enclosure, is of great architectural importance, as it portrays the earliest stages of the evolution of the pyramid. 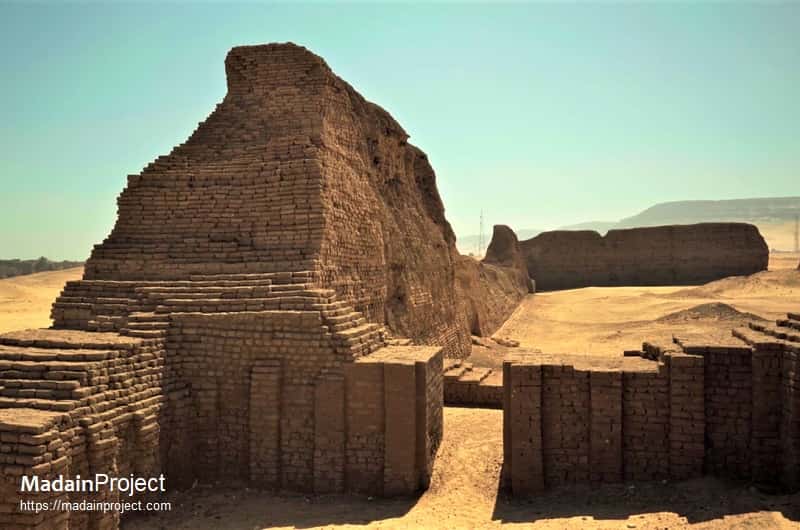 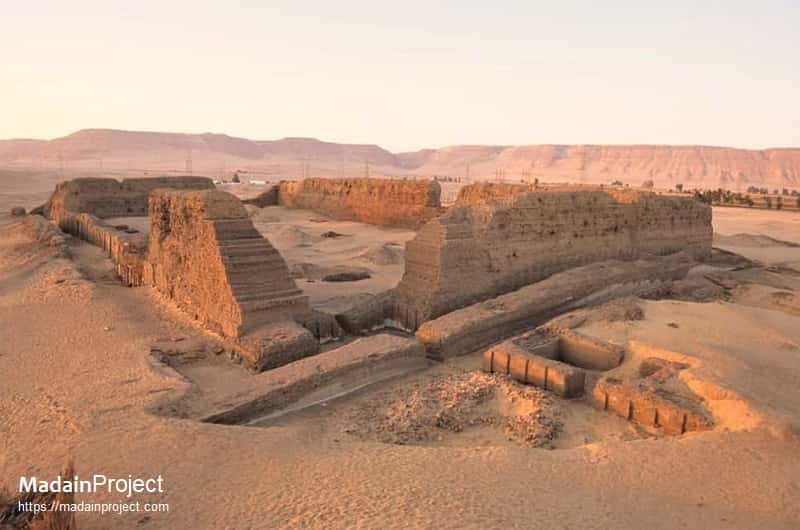 Exterior
The Shunet El Zebib is made of hardened mudbricks. It consists of two rectangular surrounding walls, interlaced like a shoe box. The outer wall measures 137 × 77 meters and is c. 5 meter thick and 12 meters high. The inner wall (perimeter wall) measures 123 × 56 meters and is c. 3 meters thick and 8 meters high. The facade of the outer wall was niched, imitating a royal palace facade. The enclosure provides two entrances, one at the eastern corner, one at the northern corner. These entrances once consisted of massive, stone-made door jambs, the material of the door wings is unknown.

The structure includes two concentric rectangular enclosure walls. Most of the inner wall is intact while only part of the outer wall remains. The enclosure walls stand 11-12 meters high in some places. 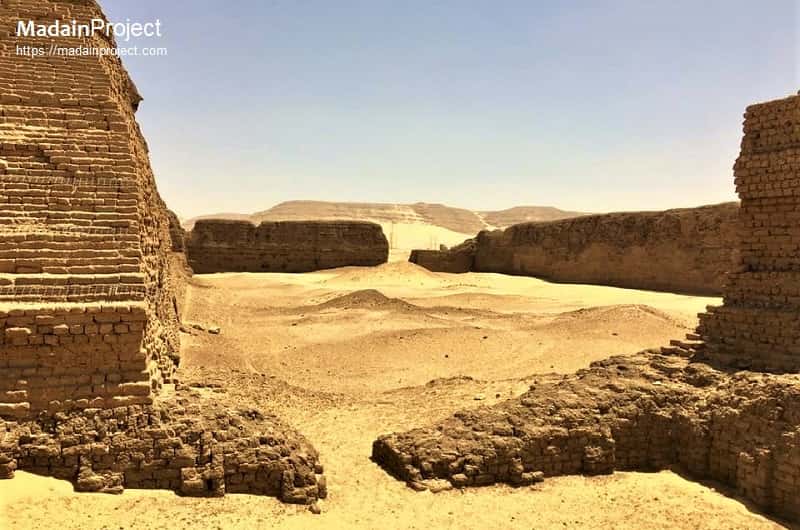 Interior
The inner area consists of a largely empty court; it is unknown if there were some substructures and/or larger buildings (such as a shrine or temple). In 1988, Australian Egyptologist David O'Connor discovered a square, flat mount made of fine limestone rubble, covered with mudbricks and forming four flat steps. It is located at the very midst of the court, its true purpose is still unknown. The only cultic building that can be archaeologically attested is a small chapel close to the south-eastern corner. Its ruins are also made of hardened mud bricks. 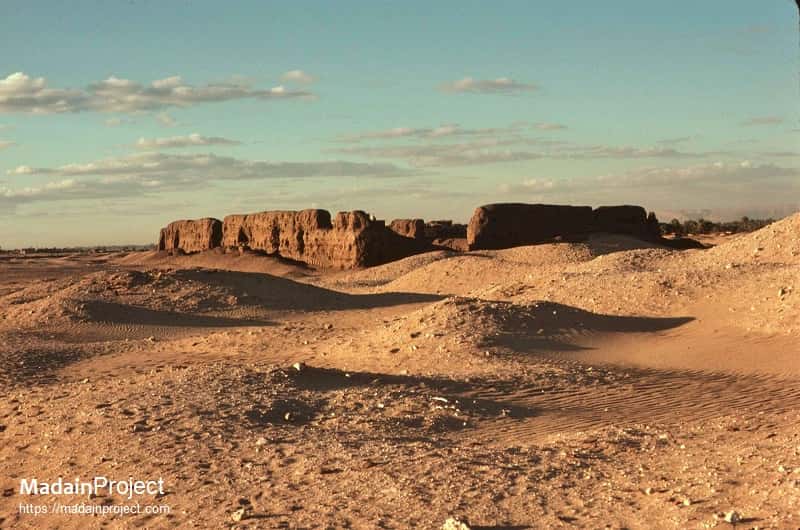 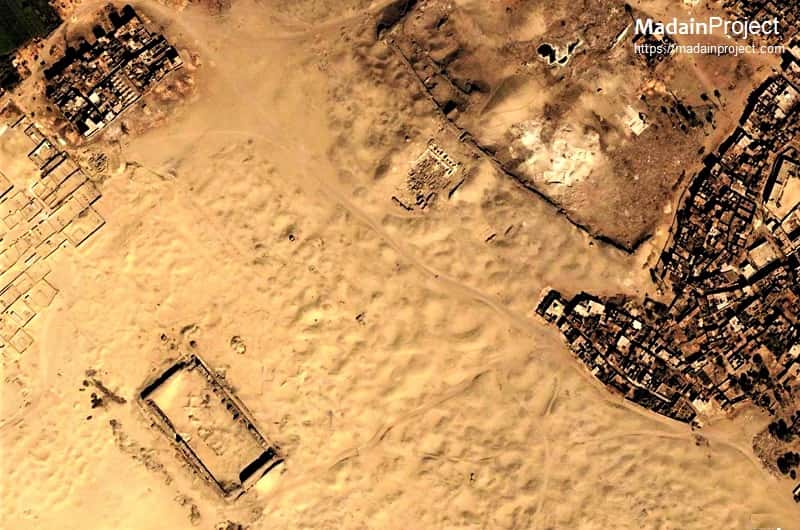 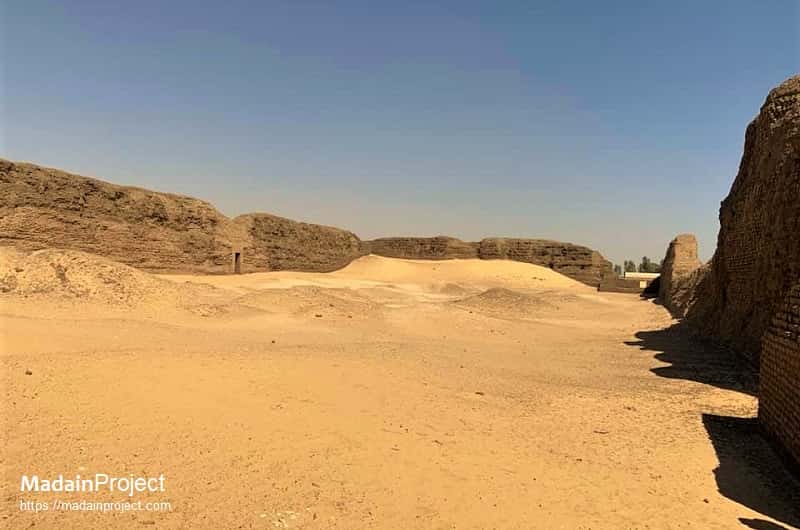 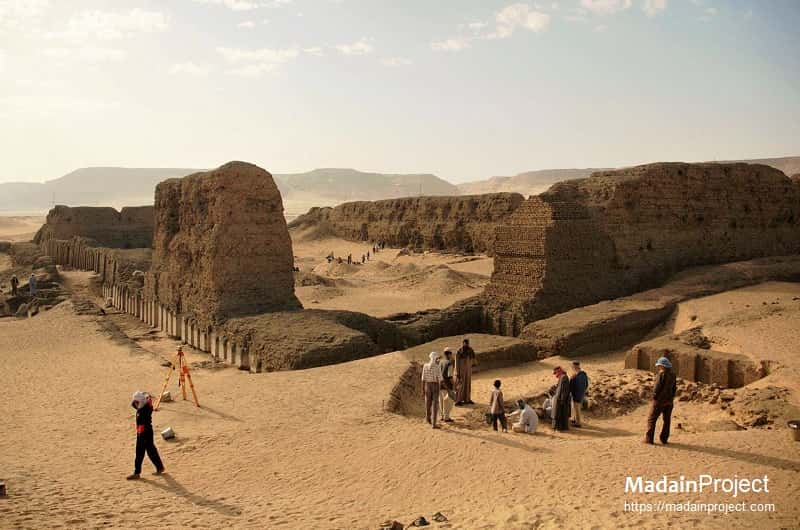