The Sana'a palimpsest (also Ṣanʿā’ 1 or DAM 01-27.1) is one of the oldest Quranic manuscripts in existence. Part of a sizable cache of Quranic and non-Quranic fragments discovered in Yemen during a 1972 restoration of the Great Mosque of Sana'a, the manuscript was identified as a palimpsest Quran in 1981; as it is written on parchment and comprises two layers of text. 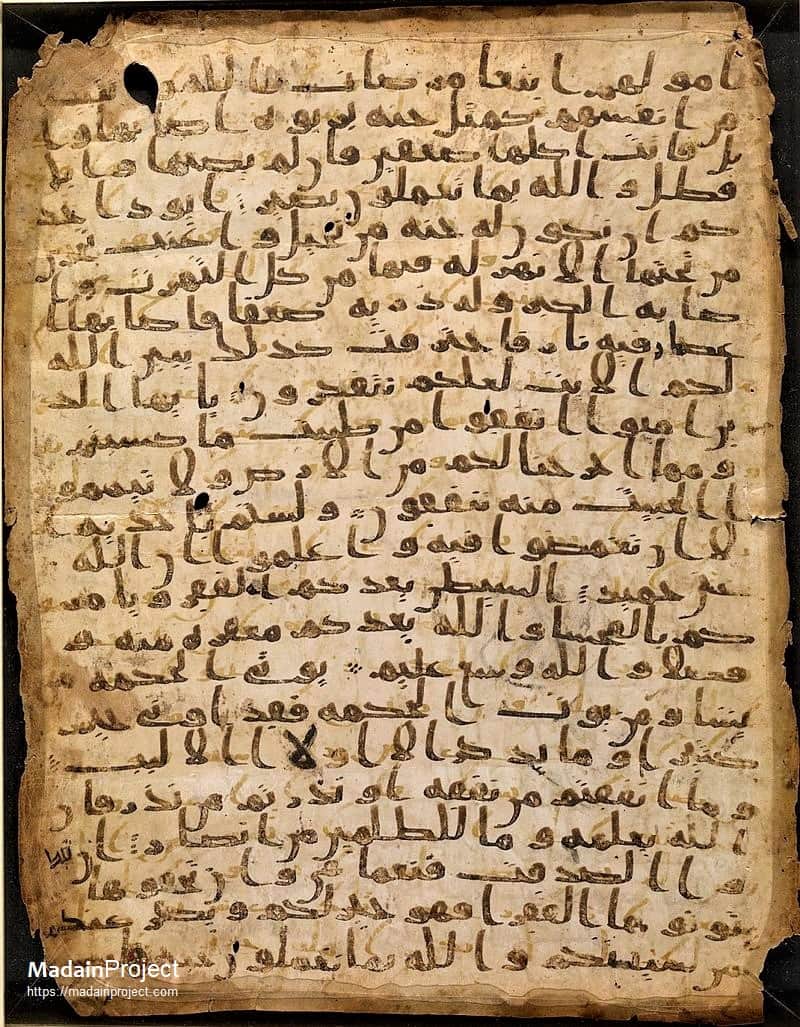 Recto side of the Stanford '07 folio. The upper text covers Quran 2 (al-Baqarah) pp 265-271. provided by Behnam Sadeghi in p. 349 of his "The Codex of a Companion of the Prophet and the Qur'ān of the Prophet". The upper text largely conforms to the standard 'Uthmanic' Quran in text and in the standard order of suras; whereas the lower text contains many variations from the standard text, and the sequence of its suras corresponds to no known quranic order. A partial reconstruction of the lower text was published in 2012; and a reconstruction of the legible portions of both lower and upper texts of the 38 folios in the Sana'a House of Manuscripts was published in 2017 utilising post-processed digital images of the lower text. A radiocarbon analysis has dated the parchment of one of the detached leaves sold at auction, and hence its lower text, to between 578 CE and 669 CE with a 95% accuracy.