The Sadd al-Bint (سد البنت) also known as the Khaybar Dam (سد خيبر) is believed to be of pre-Islamic Nabatean origins. The Khaybar developed around a series of ancient dams built to hold run-off water from the rain. Around the water catchments, date palms grew and Khaybar became an important date-producing center. 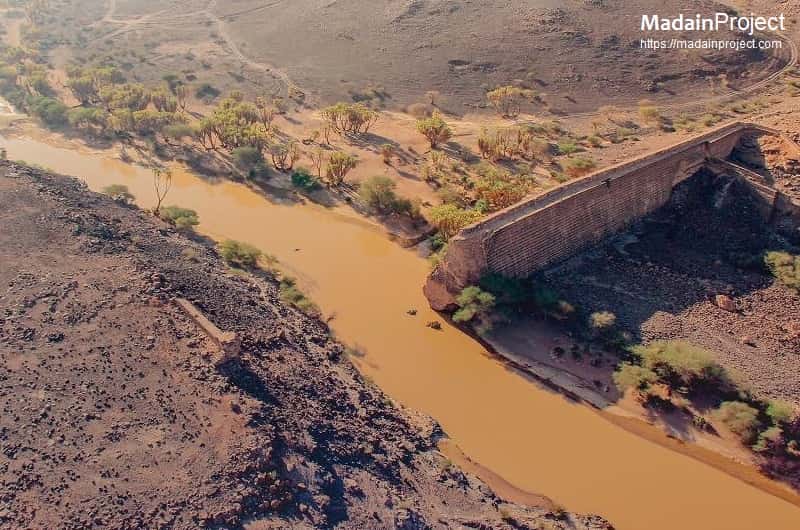 The Sadd al-Bint (dam of the girl) is one of the largest ancient dams in the Kingdom. Although it is unclear when the Sadd al-Bint was originally built, but according to a local legend it was built by the Queen of Sheeba. The dam structure is around 135 meters long and 20 meters high, constructed on a dried out river bed and almost one third of it has been breached. The upstream face is plastered with yellow mortar, the downstream face with bare stone.

It is unclear when the Khaybar Dam was originally built. There is evidence that it is pre-Islamic. There are actually several dams at this site. On the left is the dam known as Sadd al-Bint. Locals say it may have been built by the Queen of Sheeba, reminiscent of the Marib Dam in Yemen.

The dam is plastered with yellow mortar on one side. There is evidence of sluice gates and other water controlling devices. The water from the dams at Khaybar was used to irrigate large plots of date palms. These dates became famous throughout the Arabian Peninsula. In time a large village was established. It was mostly inhabited by Jewish people. During the Muslim expansion under the Prophet Mohammed, Khaybar became an important center, after the Battel of Khaybar. 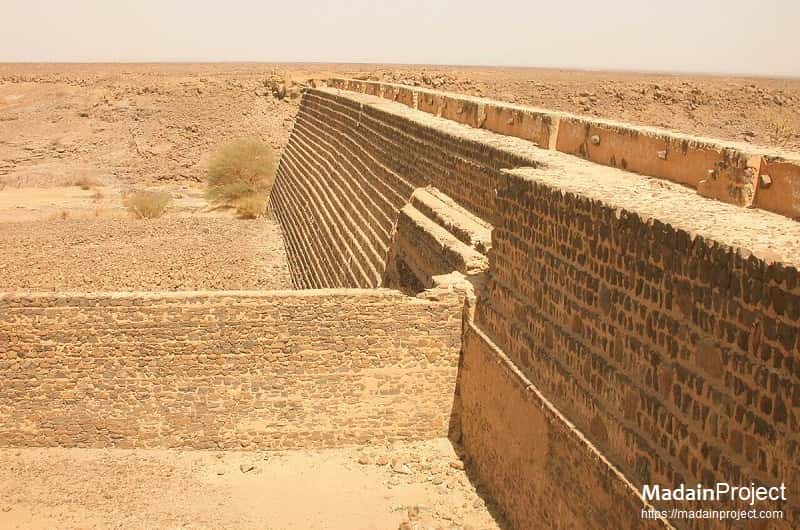 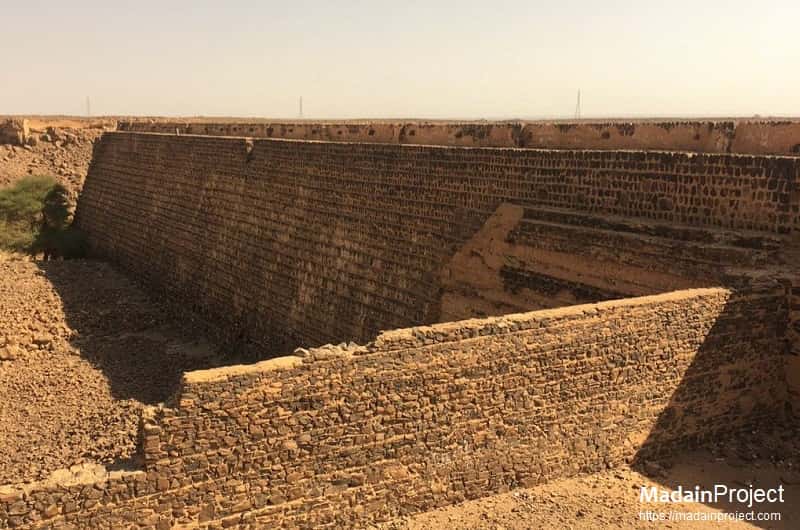 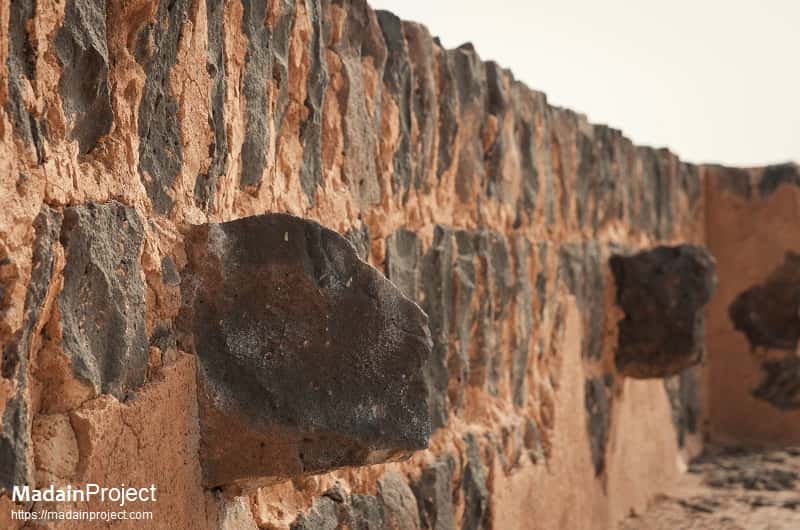 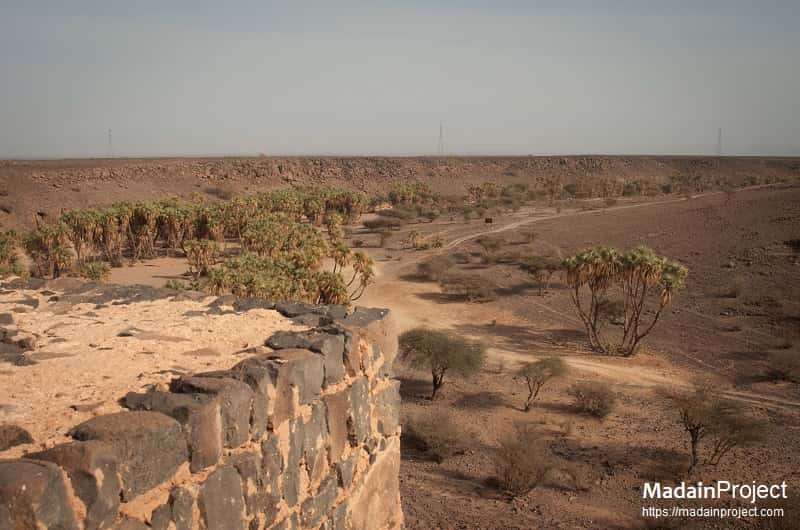