The Rylands Library Papyrus P52, also known as the St John's fragment and with an accession reference of Papyrus Rylands Greek 457, is a fragment from a papyrus codex, measuring only 3.5 by 2.5 inches (8.9 by 6 cm) at its widest; and conserved with the Rylands Papyri at the John Rylands University Library Manchester, UK.

The front (recto) contains parts of seven lines from the Gospel of John 18:31–33, in Greek (inspect). The fragment of papyrus was among a group acquired on the Egyptian market in 1920s. The papyrus is written on both sides and hence must be from a codex, a sewn and folded book, not a scroll, roll or isolated sheet; and the surviving portion also includes part of the top and inner margins of the page. The recto consequently preserves the top left corner of a right-hand page; while the verso preserves the top right corner of a left-hand page. The characters in bold style are the ones that can be seen in Papyrus

The back (verso) contains parts of seven lines from verses 37–38 (inspect). In total, 114 legible letters are visible on the two sides of the fragment, representing 18 out of the 24 letters of the Greek Alphabet. The codex of Papyrus52, with its good quality papyrus, wide margins, large clear even upright letters, short lines in continuous script, decorative hooks and finials, and bilinear writing, would have presented an overall appearance not far from that of professionally written Christian codices. 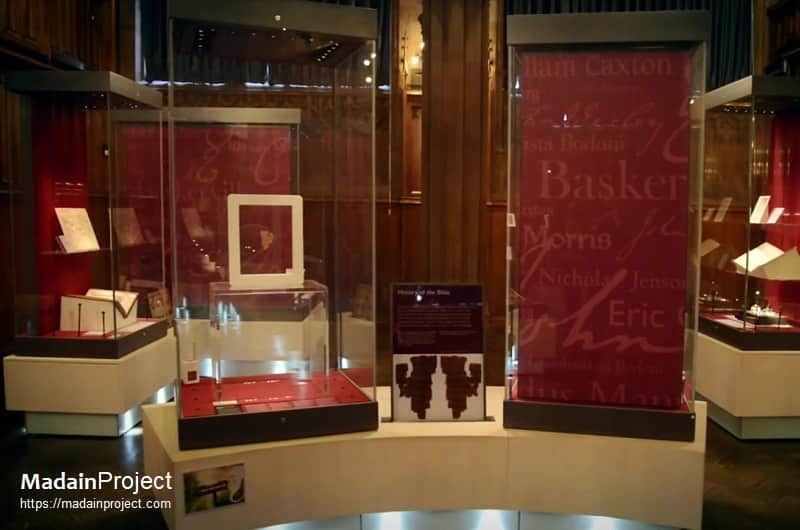 Since 2007, the papyrus has been on permanent display in the library's Deansgate building. Although Rylands P52 is generally accepted as the earliest extant record of a canonical New Testament text, the dating of the papyrus is by no means the subject of consensus among scholars.

The Rylands Library Papyrus P52 has a claim to be the earliest extant New Testament text.