The Qusayr 'Amra (قصيرعمرة) also spelled as Quseir Amra, literally meaning the "small qasr of 'Amra", sometimes also named Qasr Amra. Built some time between 723 and 743 CE, by Walid Ibn Yazid, the future Umayyad caliph Walid II, whose dominance of the region was rising at the time. It is considered one of the most important examples of art and architecture from the early Islamic period.

The Qusayr 'Amra is most notable for the frescoes that remain mainly on the ceilings inside, which depict, among others, a group of rulers, hunting scenes, dancing scenes containing naked women, working craftsmen, the recently discovered "cycle of Jonah", and, above one bath chamber, the first known representation of heaven on a hemispherical surface, where the mirror-image of the constellations is accompanied by the figures of the zodiac.

The bathhouse is also, along with examples in the other desert castles of Jordan, one of the oldest surviving remains of a hammam in the historic Muslim world. The architecture of the reception-hall-cum-bathhouse is identical to that of Hammam al-Sarah, also in Jordan, except the latter was erected using finely-cut limestone ashlars (based on the Late Roman architectural tradition), while Amra's bath was erected using rough masonry held together by gypsum-lime mortar (based on the Sasanian architectural tradition). 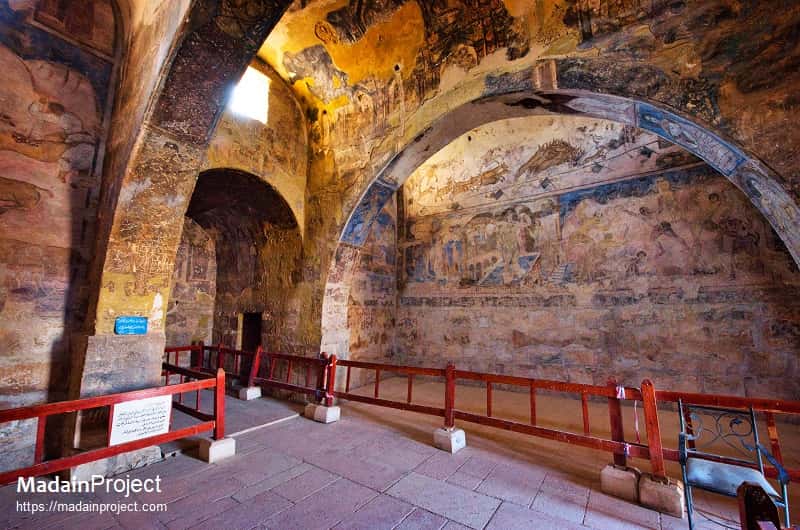 Central Hall
The Central Hall or the Audience hall has scenes of hunting, fruit and wine consumption, and naked women. Some of the animals shown are not abundant in the region but were more commonly found in Persia, suggesting some influence from that area. One surface depicts the construction of the building. Near the base of one wall a haloed king is shown on a throne. An adjoining section, now in Berlin's Museum of Islamic Art, shows attendants as well as a boat in waters abundant with fish and fowl. 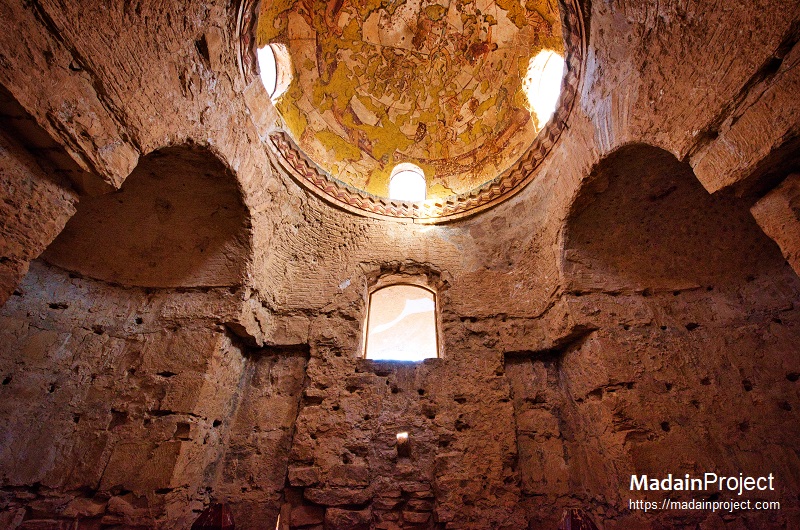 Caldarium
The caldarium (hot room) was once decorated with marble slabs, painted plaster, and gilded mosaics. It is covered by a dome decorated with the constellations of the northern hemisphere together with the signs of the zodiac.

The hemispheric dome has a representation of the heavens in which the zodiac is depicted, among 35 separate identifiable constellations. It is believed to be the earliest image of the night sky painted on anything other than a flat surface. The radii emerge not from the dome's center but, accurately, from the north celestial pole. The angle of the zodiac is depicted accurately as well. The only error discernible in the surviving artwork is the counterclockwise order of the stars, which suggests the image was copied from one on a flat surface.

The building is actually the remnant of a larger complex that included an actual castle, meant as a royal retreat, without any military function, of which only the foundation remains. What stands today is a small country cabin.

Traces of stone walls used to enclose the site suggest it was part of a 25-hectare (62-acre) complex; there are remains of a castle which could have temporarily housed a garrison of soldiers. It is a low building made from limestone and basalt. The northern block, two stories high, features a triple-vaulted ceiling over the main entrance on the east facade. The western wings feature smaller vaults or domes.

Just to the southeast of the building is a well 40 metres (130 ft) deep, and traces of the animal-driven lifting mechanism and a dam have been found as well. 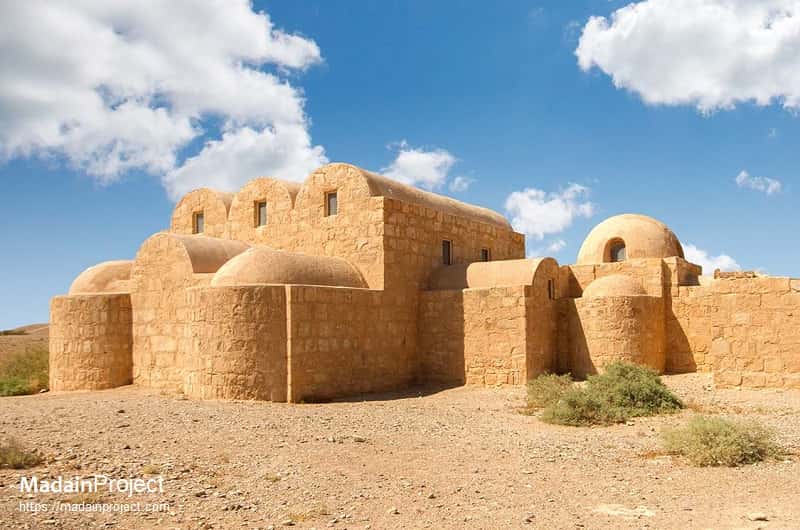