The Precinct of Amun-Ra at Karnak has in total 10 pylons. Pylon, from the Greek "πυλών", is used for a monumental gateway consisting of two tapering towers of an Egyptian temple.

Starting in the New Kingdom, and continuing in the centuries after, Egyptian rulers gradually created a series of 10 “pylons” at Karnak. Functioning as gateways of sorts, these pylons were connected to each other through a network of walls.

They were often decorated with scenes depicting the ruler who built them and many of them also had flag-staffs from which colorful banners would be flown.

At Karnak the pylons start near the main sanctuary and go in two directions. One set of six pylons faces west towards the Nile River and ends in an entrance lined with an avenue of small sphinxes. Another set of four pylons faces south along a processional route used for ceremonies. 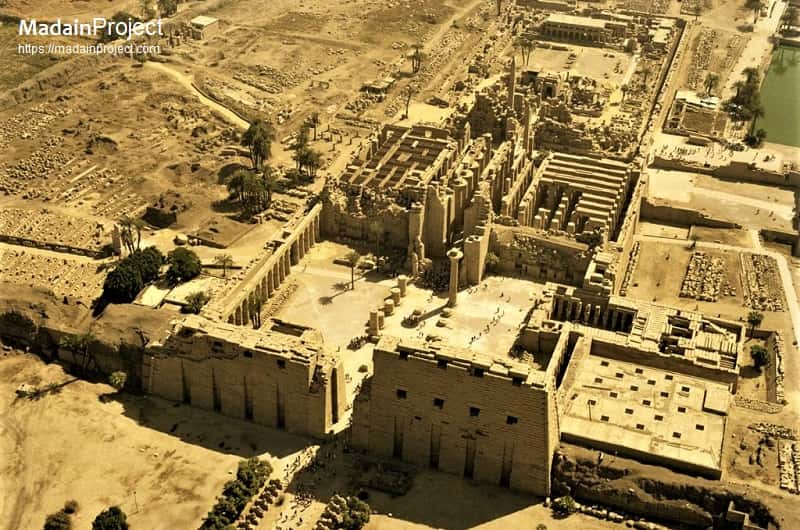 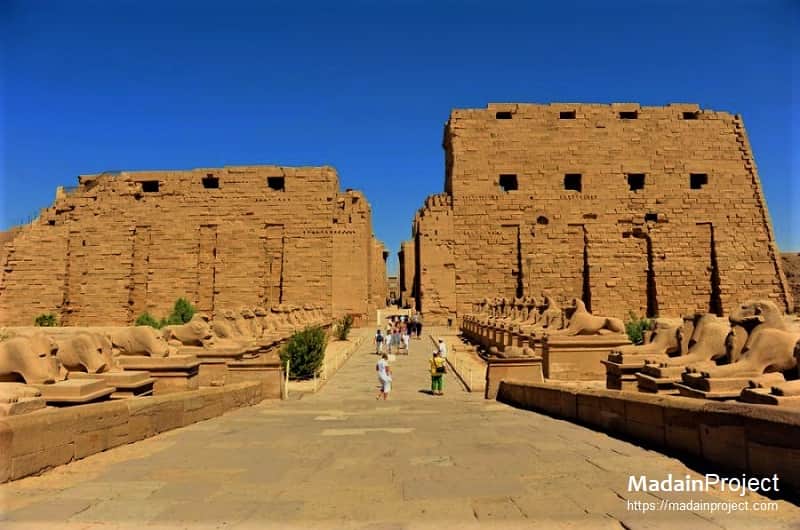 First Pylon
The first pylon, the facade of the Amun-Re precinct with avenue of the sphinxes leading up to the entrance. Construction of the current pylon began in 30th dynasty, but was never totally completed. There are large numbers of mud bricks piled up against the inside of the 113m wide and 15m thick pylon. It was built by Nectanebo I (380-362 BCE) who also built the huge enclosure wall surrounding Karnak and some scholars believe that an earlier pylon may have stood on this same spot.

Second Pylon
The Second Pylon with entrance to the great hypostyle hall was built by Horemheb near the end of his reign and only partly decorated by him. Several modifications to the reliefs and inscriptions were made by Rameses I and Rameses II. Pylon's roof collapsed in late antiquity and was later restored in Ptolemaic times. It was built by Horemheb (1323-1295 BCE) who filled the interior of the pylon with thousands of stone blocks from demolished monuments built by the Heretic king, Akhenaten. 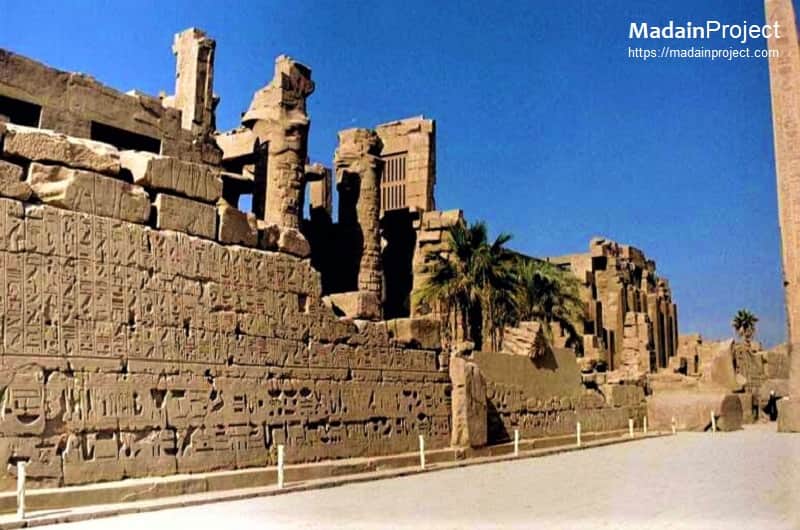 Third Pylon
The remains of third pylon, though much ruined, in antiquity it was quite splendid and parts of it were even plated in gold by pharaoh Amenhotep III. In building the Third Pylon, Amenhotep dismantled a number of older monuments, including a small gateway he himself built earlier in the reign.