Pilate stone or Pilate Inscrition Stone is a carved limestone bearing the name of Pontius Pilate the Roman prefect of Judean province during 26–36 CE.

Original inscription stone bearing the name of located at the Israel Museum in Jerusalem. The partially damaged block is a dedication to the deified Augustus and Livia ("the Divine Augusti"), the stepfather and mother of emperor Tiberius, originally placed within a Tiberieum, probably a temple dedicated to Tiberius. 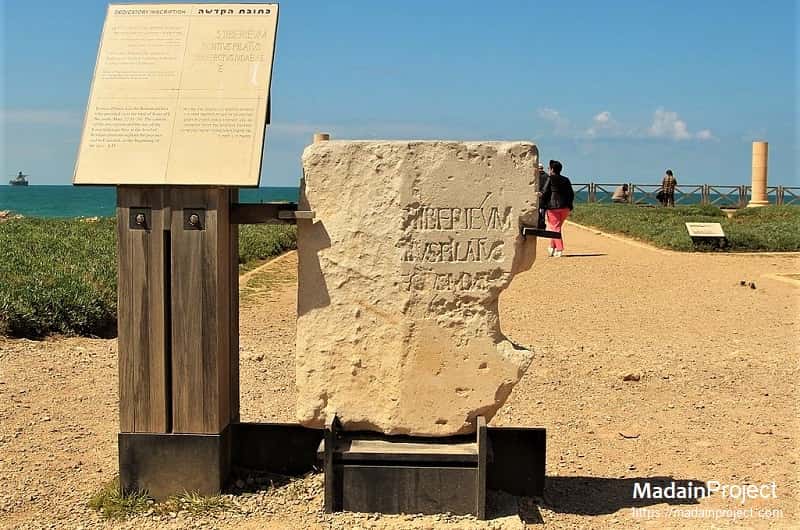 Replica casting on display in Caesarea Maritima it constitutes the earliest surviving record and a contemporaneous evidence for the historical existence of this person; otherwise known from the New Testament, Jewish literature and brief mentions in retrospective Roman histories.