The Mosque of Omar (مسجد عمر) is the only mosque in Bethlehem, Palestine, located on the west side of Manger Square, across the square from the Church of the Nativity. Mosque was built in 1860, and was renovated in 1955, during Jordanian control of the city. The land used for its construction was donated by Jerusalem's Greek Orthodox Church. 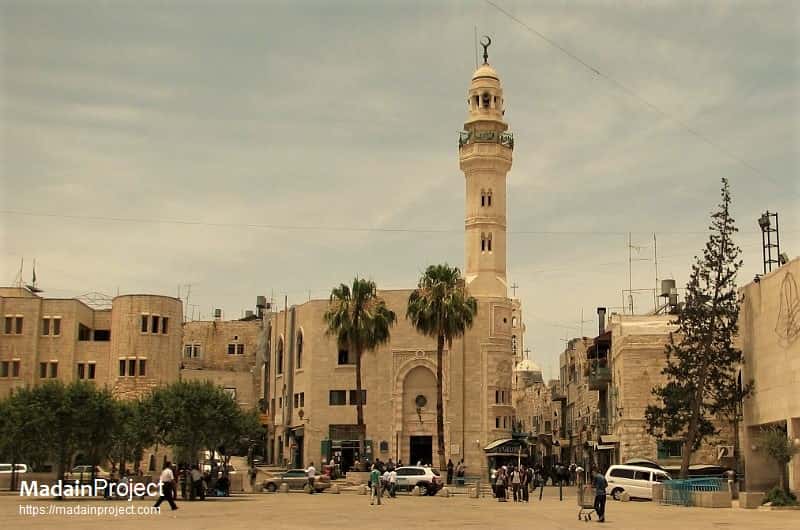 The mosque is named after Omar (Umar) ibn al-Khattab (c. 581–644), the second Rashidun Caliph. Having conquered Jerusalem, Omar had travelled to Bethlehem in 637 CE to issue a law that would guarantee respect for the shrine and safety for Christians and clergy. Only four years after the death of the prophet Muhammad, Omar reportedly prayed at the location of the mosque.

Initially a small prayer chamber situated on the west side of the Manger Square and opposite to the Church of the Nativity. No improvement or renovation was carried out during the Ottoman Regime or during the British Mandate. However in 1955 during the Jordanian regime, the Mosque of Omar was totally renovated.