Mosque of the Ascension

The Mosque of Ascension (مسجد الصعود) is a small mosque located on Mount of Olives. Current structure was built during the last decade of 12th century by Saladin after the conquest of Jerusalem. Its imporatance stems from the Christian tradition of prophet Issa ascending to the heavens from this spot. The only difference is that the Islamic tradition holds that he was taken alive to the heavens in contrast to the Christian tradition of his resurrection. The inner courtyard that surrounds the Chapel of Ascension is now a part of the mosque.

After the conquest of Jerusalem in 1187, Christians abandoned the church and monastery at the site and resettled in Acre. During this time Salah ul-Din established Mount of Olives as a Waqf, entrusted to two sheikhs, al-Salih Wali al-Din and Abu Hasan al-Hakari. This Waqf (Islamic trust) was registered in a document dated 20 October 1188. The chapel was converted to a mosque and a mehrab (inspect) was installed in it, but the non-muslim pilgrimage continued to the Ascension chapel. 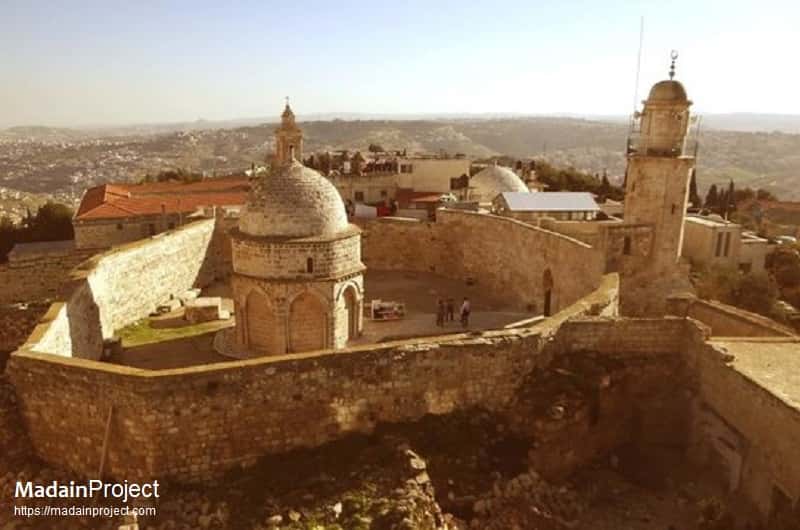 Because the vast majority of pilgrims to the site were Christian, as a gesture of compromise and goodwill Salah ad-Din ordered the construction, two years later, of a second mosque nearby for Muslim worship while Christians continued to visit the main chapel. Also around this time the complex was fortified with towers, walls, and guarded by watchman. The shrine and surrounding structures saw periods of non-use and disrepair over the next 300 years. 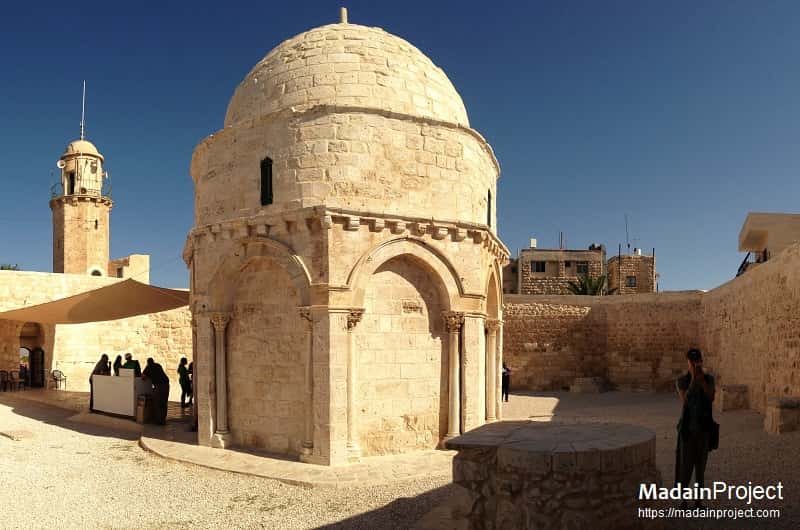 The courtyard of the mosque contains the Chapel of Ascension, which was the original reason of interest after the conquest of Jerusalem by Muslim forces under the command of Salah al-Din. As a sign of goodwill the chapel was converted back to a Christian structure in 1189 on the orders of Saladin, octagonal walls and guard towers were also built to enhance the existing building.