Minaret of the Bride

The Arus Minaret, also the Madhanat al-'Arus (مئذنة العروس), (from Arabic meaning, The Minaret of the Bride) was built near the northern gate. According to local legend, the minaret is named after the daughter of the merchant whoprovided the lead for the minaret's roof who was married to Syria's ruler at the time. 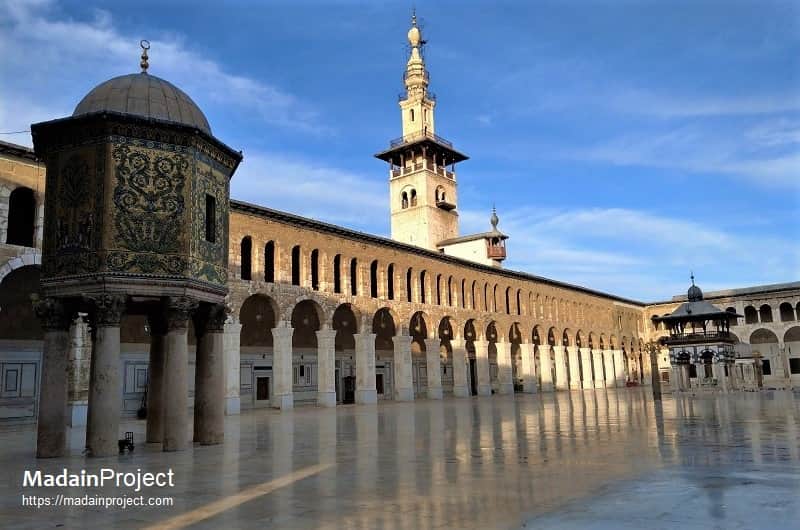 In 831, the northern minaret (Madhanat al-'Arous; "Minaret of the Bride") was constructed. The Minaret of the Bride (Madhanat al-Arous) was the first onebuilt and is located on the mosque's northern wall. This minaret isused by the muezzin for the call to prayer(adhan) and there is a spiral staircase of 160stone steps that lead to the muezzin's callingposition. The lower part of this minaret is still in its original form; the middle part was an Ayyubid addition built after the fire of 1174.

Attached to the Minaret of the Bride is the 18th-century replica of the 14th-century Ibn Shatir's sundial (inspect), in Umayyad Mosque. Original sundial was removed in the eighteenth century, short time afterwards, an exact replica was installed atop the first built Madhanat al-'Arus (The Minaret of the Bride) in Umayyad Mosque. The idea of using hours of equal time length throughout the year was the innovation of Ibn al-Shatir in 1371, based on earlier developments in trigonometry by al-Battānī. 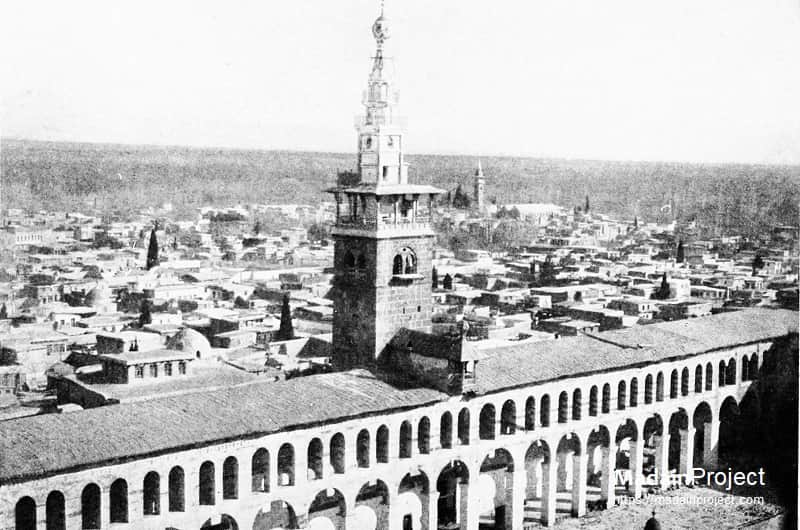 The Minaret of the Bride is divided into two sections; the main towerand the spire which are separated by a lead roof. The oldest part of theminaret, or the main tower, is square in shape, has four galleries, andconsists of two different forms of masonry; the base consists of largeblocks, while the upper section is built of dressed stone. There are twolight openings near the top of the main tower, before the roof, with horseshoe arches andcubical capitals enclosed in a single arch. A smaller arched corbel is located below theseopenings. 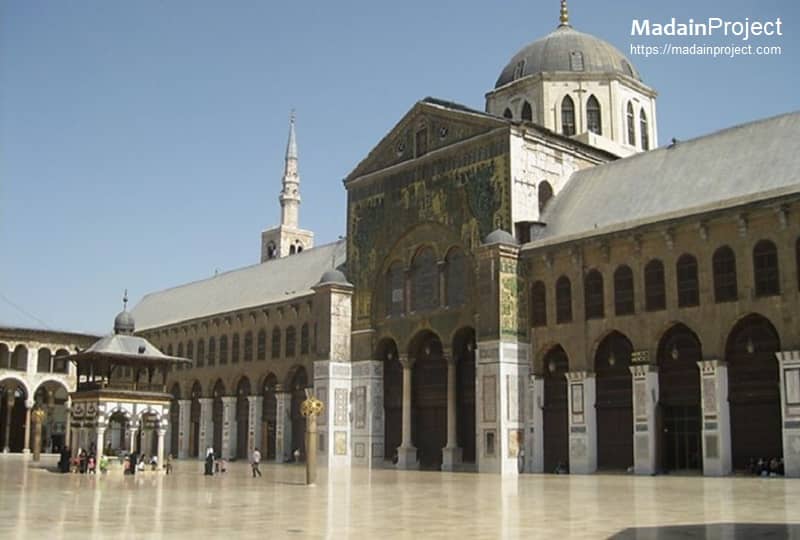 The minaret of the bride is located at the Great Mosque of Damascus, also called Umayyad Mosque, the earliest surviving stone mosque, built between CE 705 and 715 by the Umayyad Caliph al-Walīd I. The mosque stands on the site of a 1st-century Hellenic temple to Jupiter and of a later church of St. John the Baptist. Some Syrio-Roman fragments remain in the structure, as does a shrine supposedly enclosing a relic honoured by Muslims as well as Christians, the head of St. John the Baptist.