The Mahlab al-Naqa (محلب الناقة), also spelled Mahlib Annaqa, is a sixth century BCE carved stone-basin, located in the Khuraybah area of ​​al-Ula Governorate, Saudi Arabia. It was most likely a purification basin carved in front of a Lihyanite temple. The name means the "milking bowl of the camel", referring to a local tradition of this being the basin which used to be filled with the milk of prophet Saleh's camel.

The diameter of the ancient cistern is 3.75 meters and depth is 2.15 meters, with a capacity of some 6000 (2400 liters) gallons of water. Three steps have been hewn inside the basin on the northern side of the cistern to facilitate access. It was most likely built to be used in religious rituals, as it is located adjacent to a religious structure. 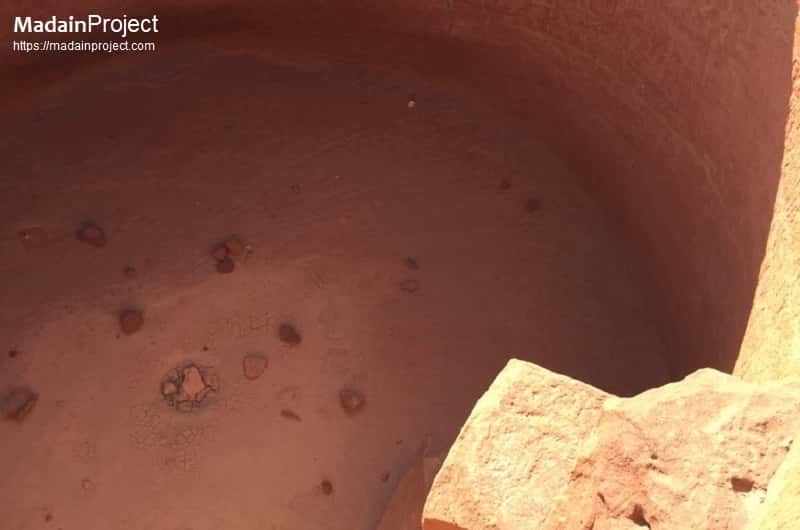