The Lions' Gate (باب الأسباط‎) also called the Saint Stephen's Gate or Sheep Gate is a gate in the walls of the Old City in Jerusalem. It is one of seven open gates in the Eastern Wall. The gate is also known as the Gate of our lady Mary (باب مريم) in Arabic, named after the Mother of Jesus.

This is the only open gate in the eastern wall, and one of the original gates of the sixteenth-century wall encompassing the Old City of Jerusalem. It was known by many name in the past: Gate of the Tribes, Bad Sitt Maryam (Lady Mary's Gate) by the Arabs, Gate of Jehoshaphat, and St. Stephen's Gate (by the Eastern Church). 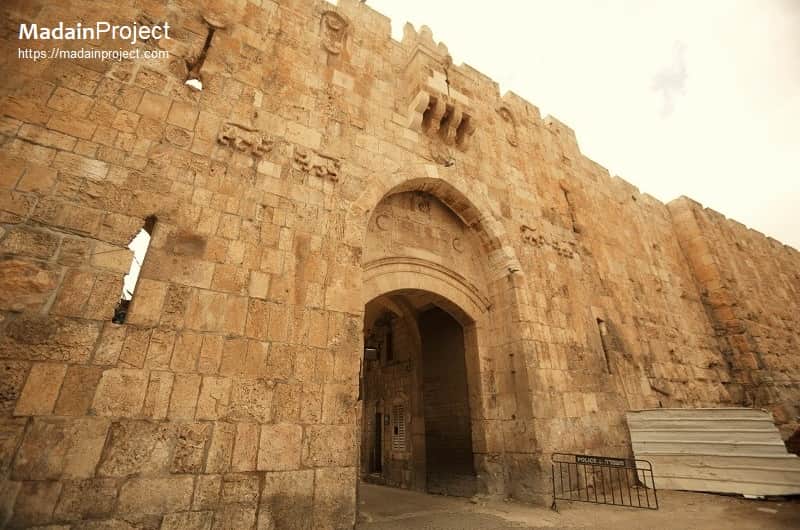 Beinning in the mid-nineteenth century the Jews called it the Lions' Gate after the two pairs of flanking carved lions (actually leopards) on its facade- the symbol of the Mamluk sultan Baybars, who conquered Palestine in 1260 CE. Some authorities are of the opinion that these stone leopards (inspect) were taken from one of the structures built by Baybars, and are in secondary use on the facade.

(peek outside) The gate is also known as the Saint Stephen's gate who was a follower of Jesus, and one of the seven chosen to aid elderly widows in the community of Jerusalem. He was tried by the Sanhedrin for blasphemy, thrown out the gate and stoned to death. He is regarded as the first Christian martyr ("protomartyr)." According to tradition, this gate was located near the present site, and so the Lions' gate was named Stephen's gate.

The Imam el-Ghazali Square is immediately to the left, leading up to the Temple Mount (Haram al-Sharif), via Bab al-Asbaat, directly ahead, with the al-Asbat Minaret to the right. 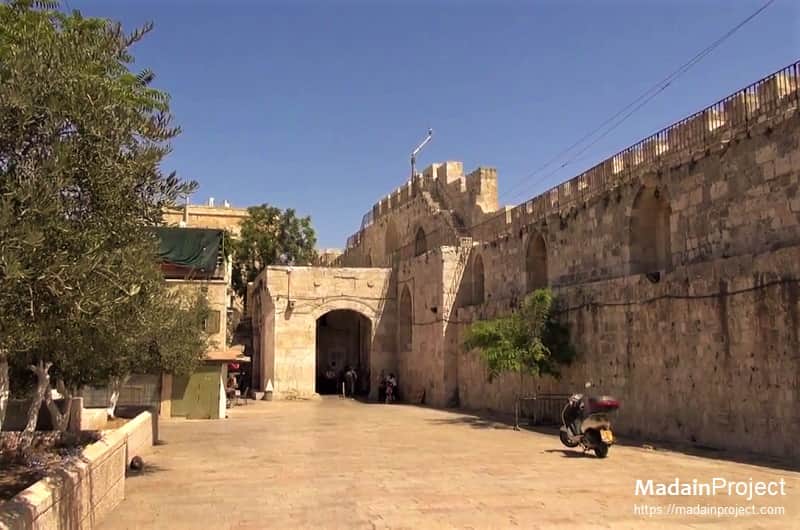 The view from inside the old city, from the el-Ghazali square, taken from the south side, showing the gate house and the walls. In the Ottomans period the entrance was not straightforward, but went around this entrance in order to slow down the enemy, as in the other gates. An Arabic inscription above the entrance on the south side credits the construction of the walls to Suleiman the Magnificent. According to the inscription, Suleiman built this gate in the year 945 Hj. (1538/39 CE) according to the Muslim calendar after the Hijra. 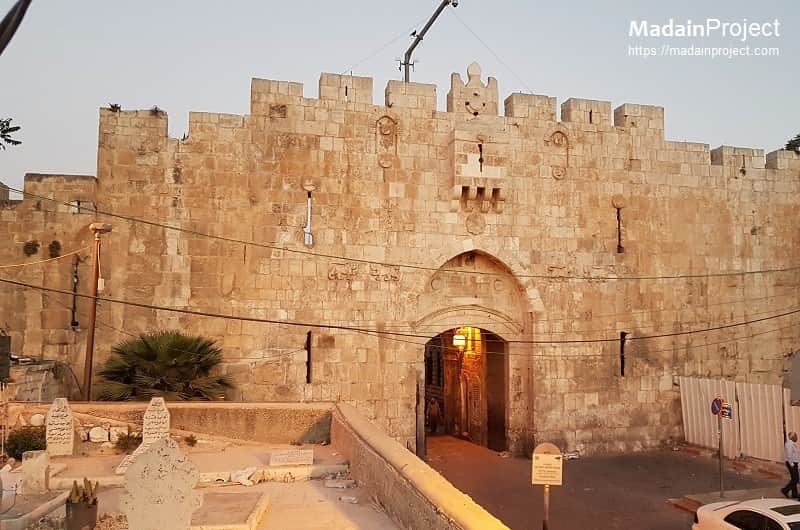 The Lions' Gate as seen from the Bab al-Rahma Cemetery. Named after the Gate of Mercy (Golden Gate) it is located along the Eastern Wall of the Haram al-Sharif (Temple Mount). This choice of burial grounds for Muslims probably reflects theological beliefs concerning the last judgment and resurrection connected to the Mount of Olives and the Asihara area (north of Herod's Gate). 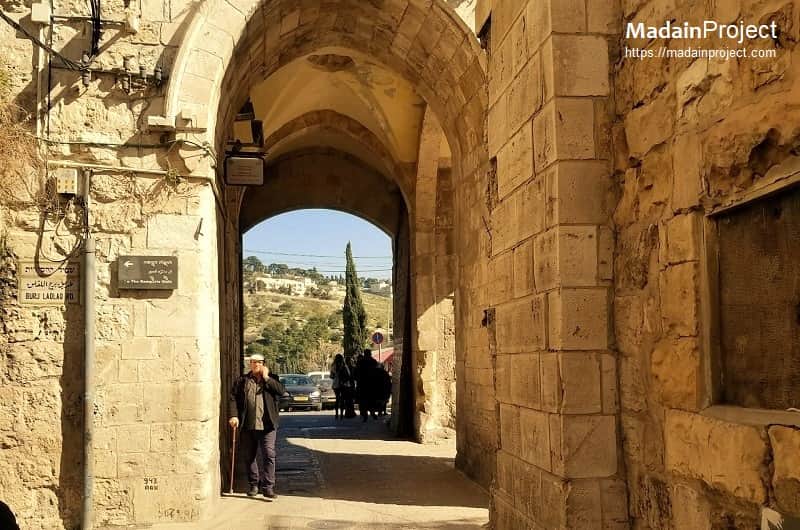