The Lion of Babylon is an ancient Babylonian symbol and symbolically represented the King of Babylon. The depiction is based on the Mesopotamian lion, which used to roam in the region. 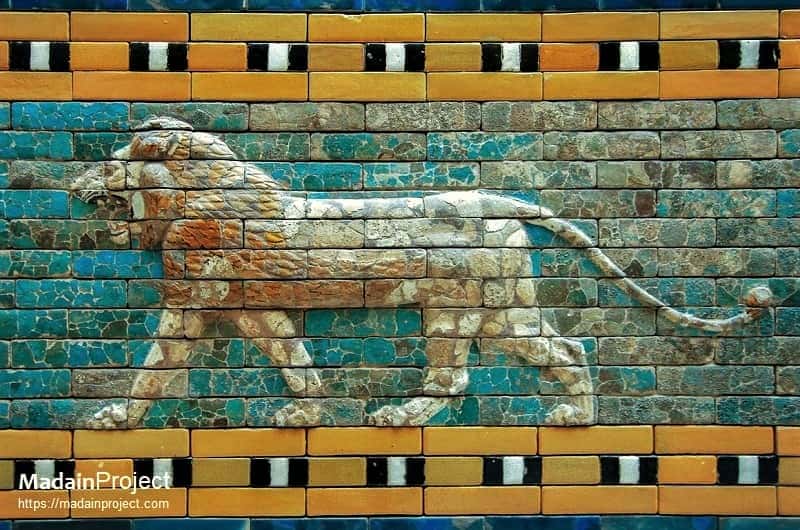 The Lion of Babylon from a portion of the Processional path, leading up to the Ishtar Gate. Some 120 lions were created in polychrome relief tiles for the processional way towards the northern entrance to Babylon, the Gate of Ishtar, as well as Nebuchadnezzar's Throne Room. Several museum around the world are in posession of these polychrome lions.

The basalt Lion of Babylon statue at Babylon, Iraq, notice the absence of "eagle's wings". Discovered in 1876 it may have been built by either Nebuchadnezzar II (605-562 BCE) or Hittites. It was found by a German expedition near Babil Gardens in Iraq, but many people are unaware of the story of this statue, which is what we will tell you in this article.