Karnak Open Air Museum is an archaeological museum in Luxor, Egypt. It is located in the northwestern corner of the Precinct of Amon-Re at the Karnak complex. In 1987 the Egyptian Antiquities Organization decided to open the first part of the museum in order to display the most interesting blocks.

Open Air Museum at Karnak temple contains some unique historical, now reconstructed, chapels. The museum is located to the left side of the court yard and costs extra 25LE. The excavations have been carried at Karnak since the end of 19th century. Thousands of decorated blocks and different objects were found at the site.

The great number of these pieces, as well as their historical and artistic interest, have justified the creation of a museum to allow them to be viewed in the best possible conditions, not only for the specialists, but also for the public. No doubt that the Open air Museum at Karnak is a very important historical addition to this vital monumental area. 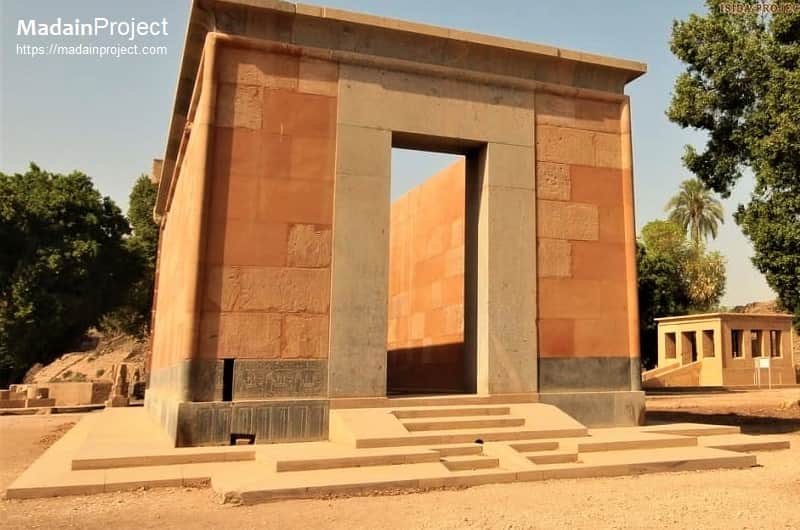 Red Chapel of Hatshepsut
The Red Chapel of Hetshapsut, or the Chapelle Rouge originally was constructed as a barque shrine during the reign of Hatshepsut. She was the fifth pharaoh of the eighteenth dynasty of Ancient Egypt and ruled from approximately 1479 to 1458 BCE. Dated to year 17 of Queen Hatshepsut's reign, ca 1473 BCE. The function of this monument was to house the sacred bark of Amen. It is believed that the chapel stood in the sanctuary of the temple and later on was replaced by the chapel of Phillip Arridaeus (323-317 BCE) which is still in place in the central part of the temple. 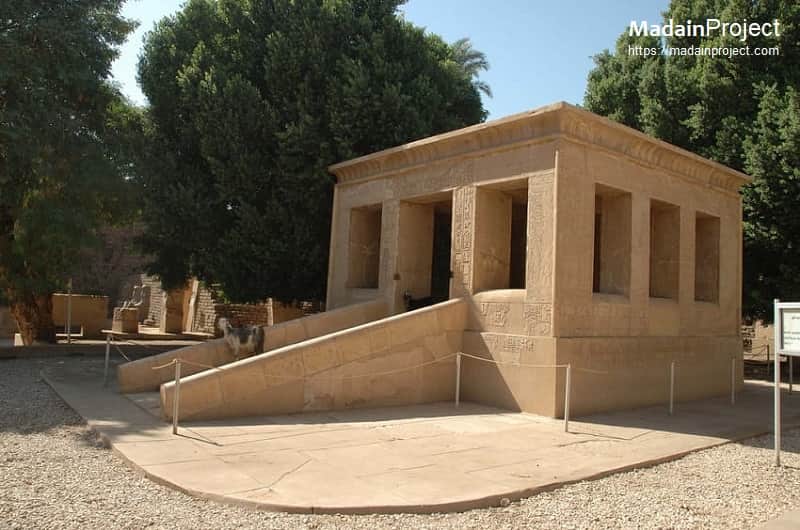 White Chapel of Senusret I
The White Chapel as seen looking from south towards north, is made of limestone. Its columns hold reliefs of a very high quality, which are hardly seen elsewhere at Karnak, and depicts Pharaoh Senusret being crowned and embraced by Amun, Horus, Min and Ptah. Its blocks of fine limestone were reused by Amenhotep III to build the 3rd Pylon and they remained buried there for more than 3000 years. On the outside wall a series of columns lists each of the names, or administrative districts of Egypt, along with its size and capital city. The chapel was reconstructed in this area in 1935 and was restored in 1985-86. 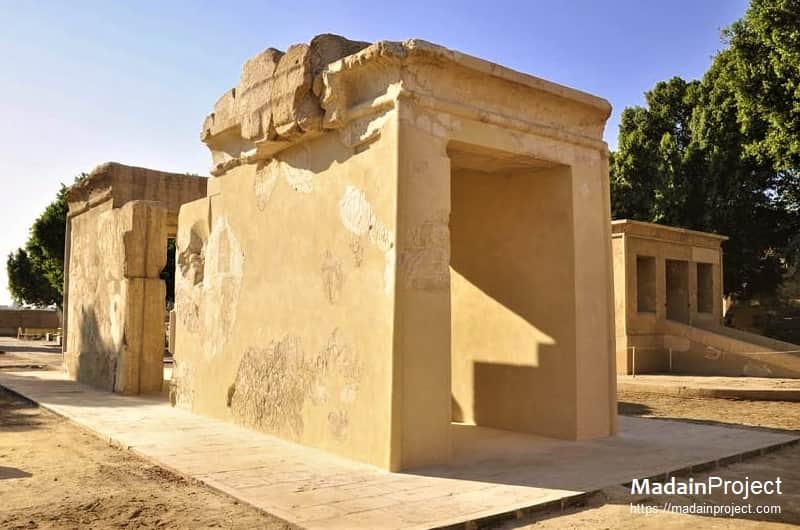 Barque Shrine of Tuthmosis III
The barque shrine of King Tuthmosis III, in front of the fourth pylon. It was dismanteled and used as filler for third pylon.

Chapel of Amenhotep I
Chapel of Amenhotep I, 18th dynasty, in North West Corner of Karnak Temple compound. It was dedicated to the god Amun. Later it was modified by Hatshepsut circa 1465 BCE, and then dismanteled by Amenhotep III and was used as fill for third pylon. Also known as the the Alabaster Chapel it was reconstructed in this place in 1947. Its original position in the temple precinct is unknown, but probably it was originally at the site of the chapel of Thutmosis III on the east side of the sacred lake as the names of these two buildings are similar.

Chapel of Amenhotep II
Barque Chapel of Amenhotep II, was a small calcite shrine of a rectangular structure with a roof and a single entrance door, opening to the east. It too was disassembled the "festival court" of Thutmose II for the construction of the third pylon, he dismantled the shrine and used part of it as fill.

Peristyle Hall of Thutmosis IV
Thutmosis IV erected this brightly painted sandstone peristyle hall in the court of the fourth pylon of Karnak during his reign.