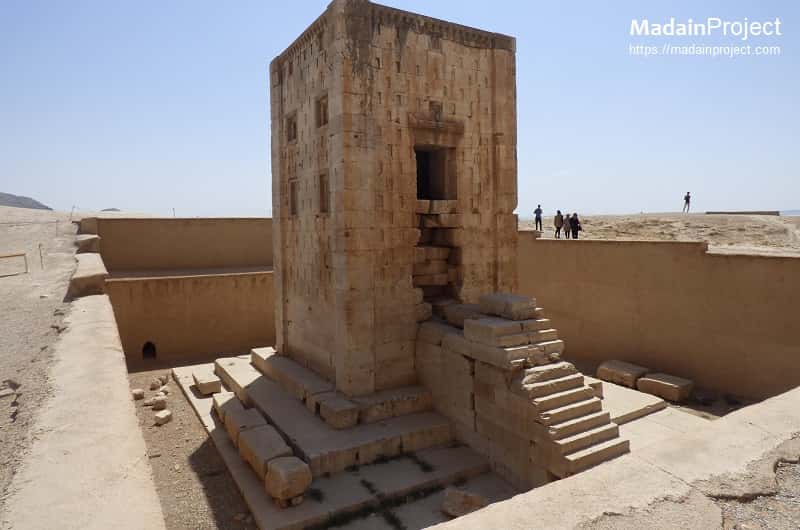 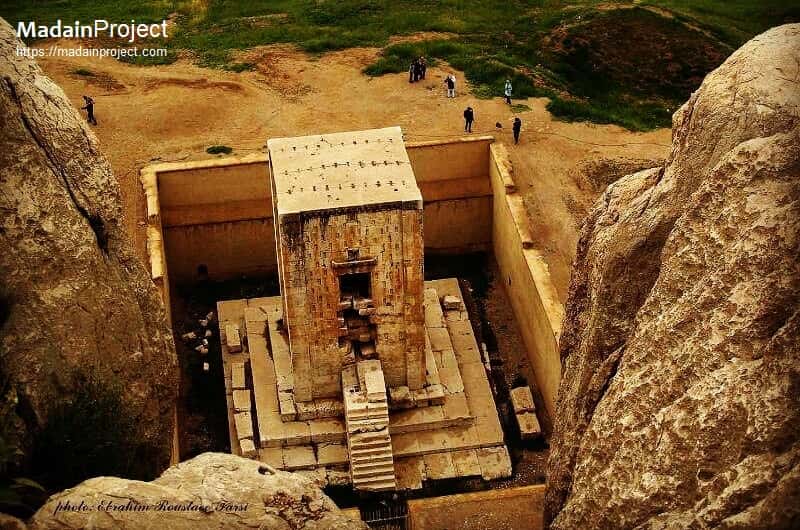 It is rectangular and has only one entrance door. The material of the structure is white limestone. It is about 12 metres (39 ft) high, or 14.12 metres (46.3 ft) if including the triple stairs, and each side of its base is about 7.30 metres (24.0 ft) long. Its entrance door leads to the chamber inside via a thirty-stair stone stairway. The stone pieces are rectangular and are simply placed on top of each other, without the use of mortar. 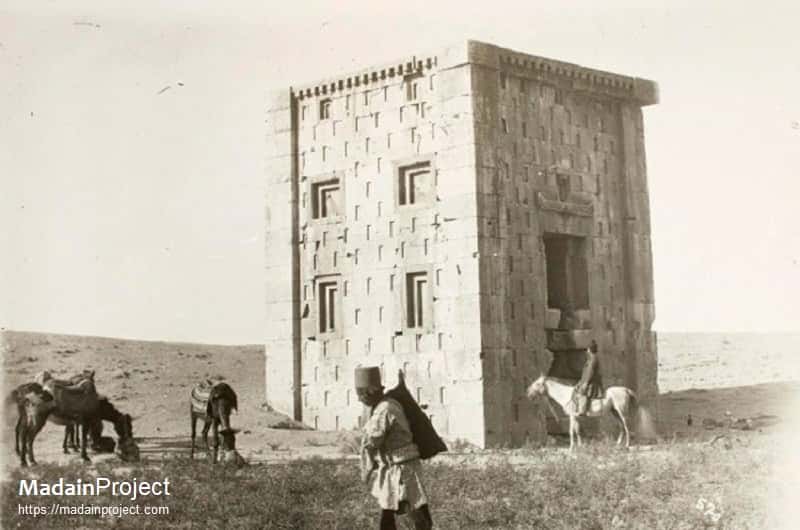 The Ka'ba-ye Zartosht is undoubtedly from the Achaemenid era. Much of the available evidence shows that it was built in the early Achaemenid era; the most important evidence for this dating is the use of black stone on a white background, dovetail joints, doorway and door of the structure is similar to those of the Achaemenid shahs' mausoleums (all of which have used the design of Darius I's mausoleum), and the masonry style. 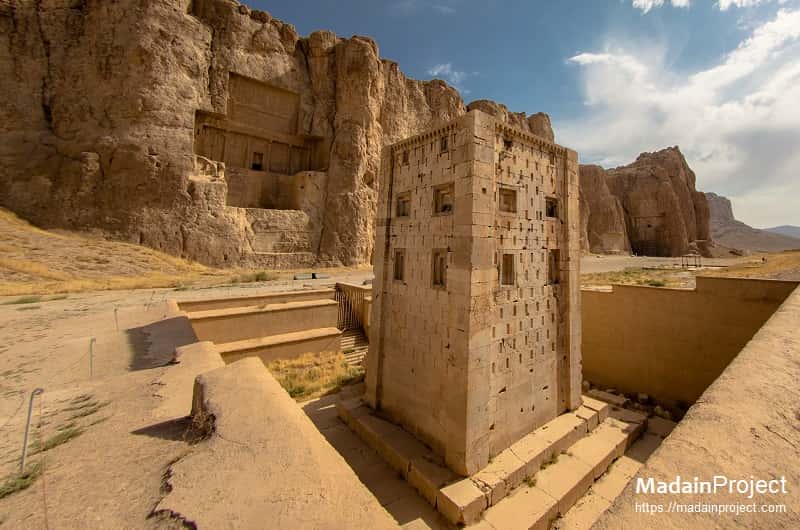 The Ka'ba-ye Zartosht is 46 metres (151 ft) from the mountain, situated exactly opposite Darius II's mausoleum. In the recent years, Reza Moradi Ghiasabadi has presented a new interpretation of the structure by doing field research and considers it an observatory and a solar calendar and believes that the blind windows, the stairs opposite the entrance door and the construct have been a timer or a solar index for measuring the rotation of the sun and subsequently keeping the record of the year and counting the years and extracting calendars and detecting the first days of each solar month and summer and winter solstices and spring and fall equinoxes. 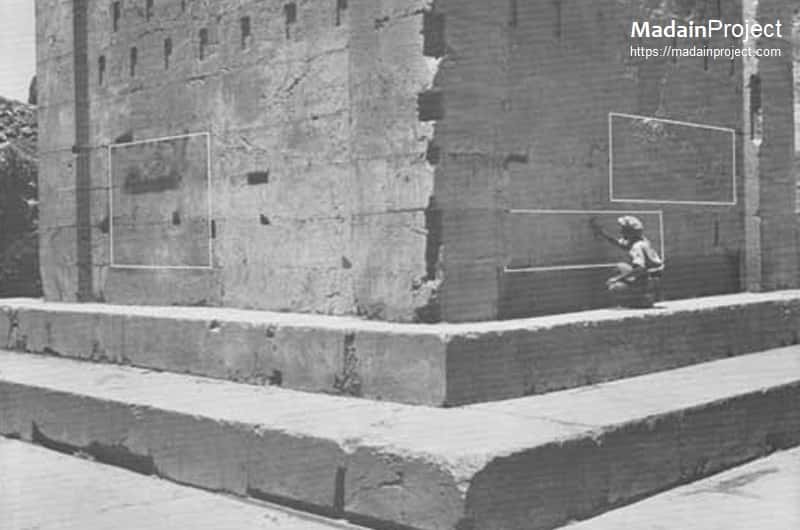 On June 1, 1936, following the probations by the digging department of The University of Chicago Oriental Institute, some inscriptions were found on the Ka'ba-ye Zartosht structure that belonged to Shapur I and the priest Kartir; Shapur's Inscription is written in the three languages Greek (70 lines), Arsacid Middle Persian (30 lines) and Sassanian Middle Persian (35 lines) on three sides of the structure; and Kartir's Inscription, which is in 19 lines in Sassanian Middle Persian language, is below Shapur's. 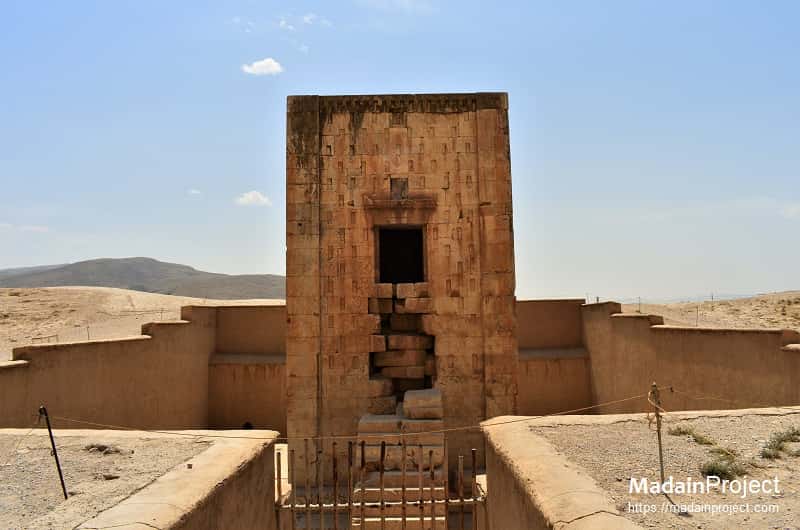 Most of the researchers assume the tower as the mausoleum of one of the Achaemenid shahs. Since it is very similar to the Tomb of Cyrus and some of the mausoleums of Lycia and Caria in shape, solidness of architecture and having a small room with a very heavy door, it is considered a mausoleum. 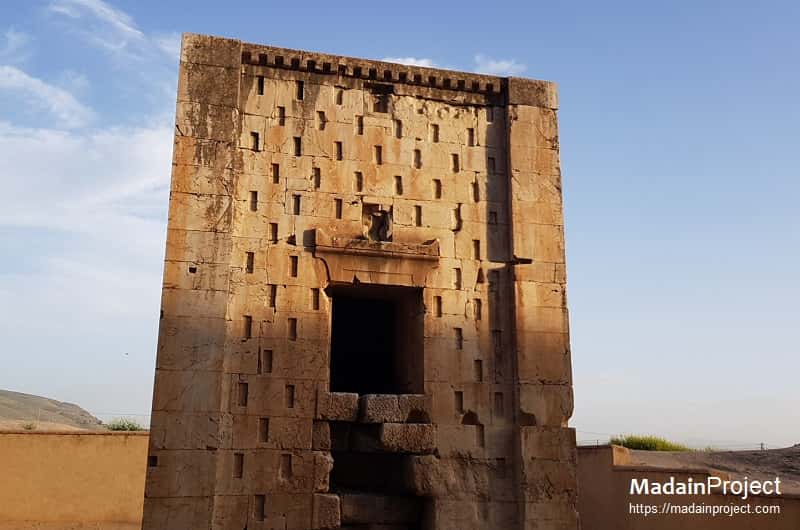 Reza Moradi Ghiasabadi concludes that the beginning of each solar month could be detected by observing the shadows formed on the blind windows. However, this theory can not be completely true; and one of the reasons that can be stated to refute the theory is that the direction of the geographic North of each region could be different from the direction of the magnetic North. 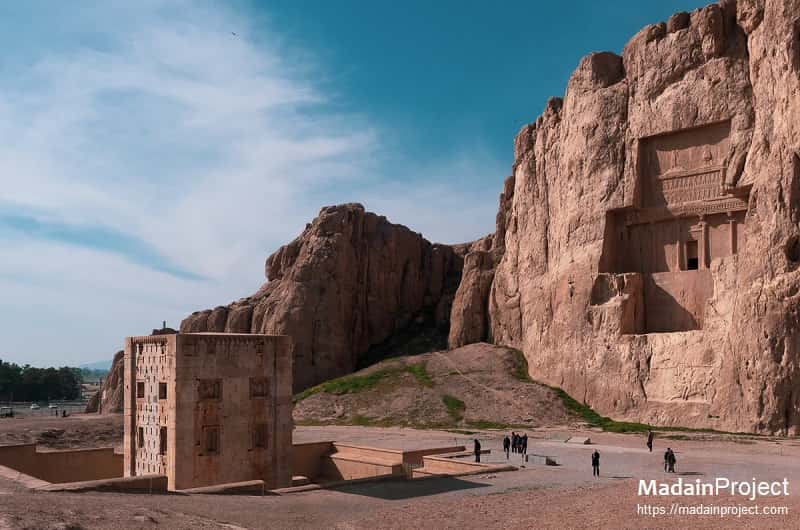 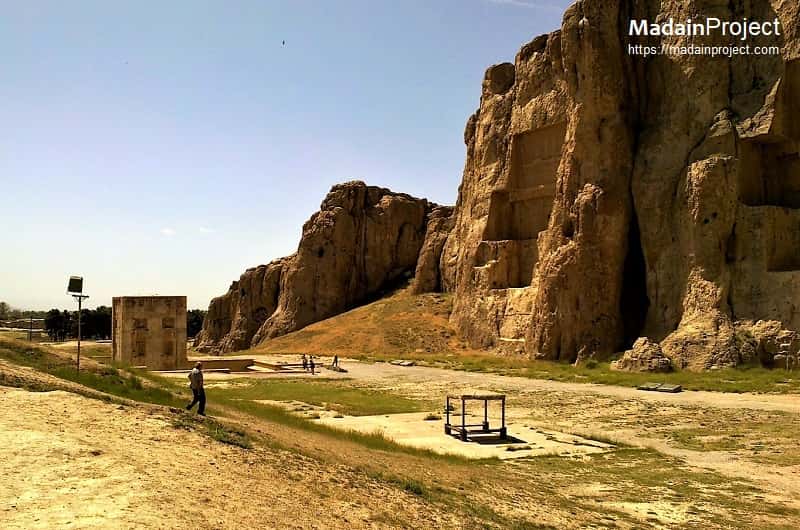 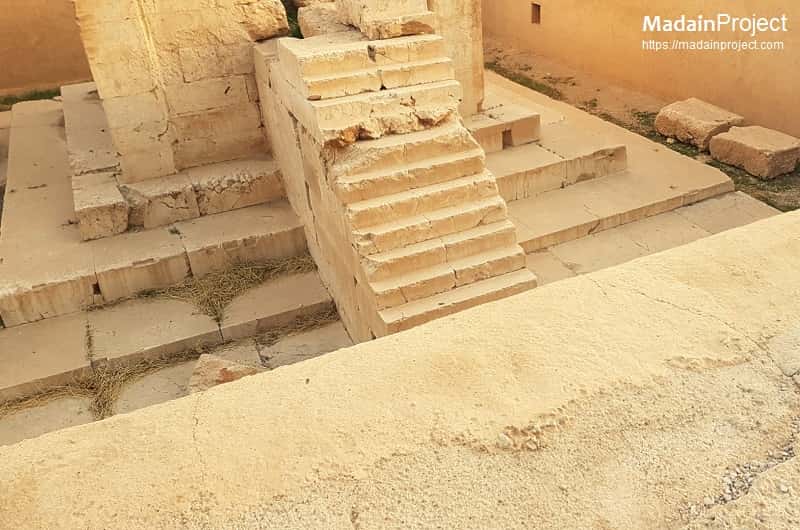 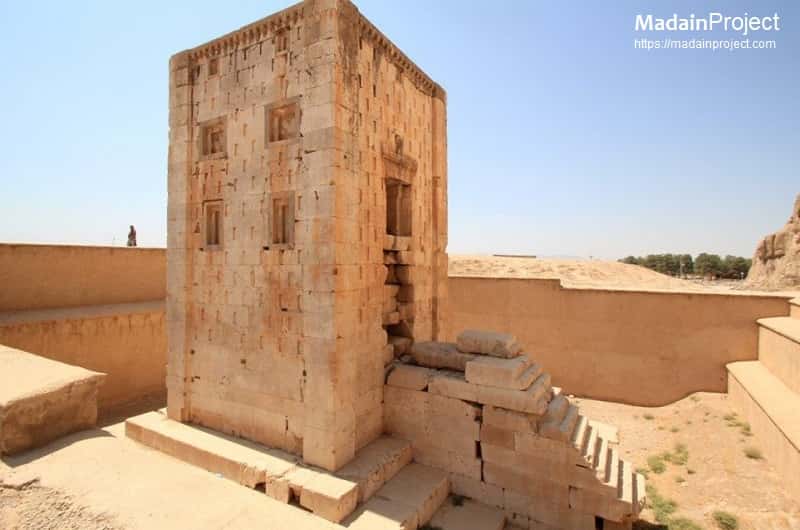 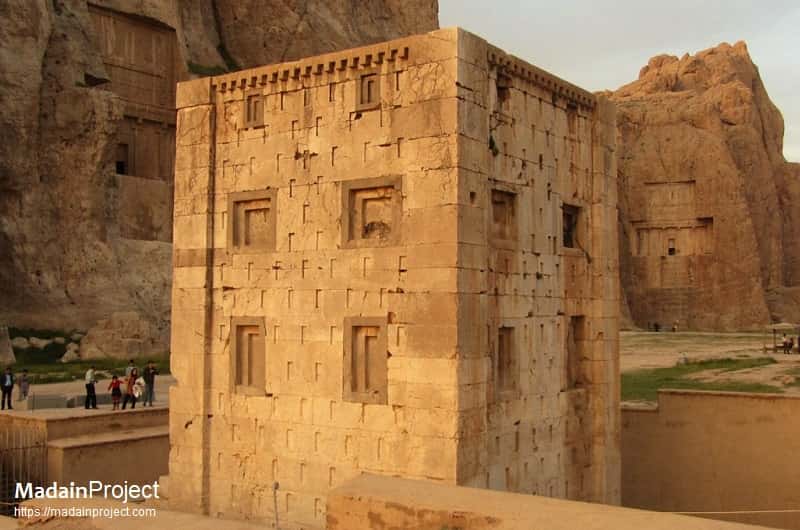