The Jerusalem Clock Tower also known as the 'Jaffa Gate Clock Tower' or the Ottoman Clock Tower in Jerusalem (برج الساعة العثماني في القدس) was an Ottoman-era clock tower built over the Jaffa Gate of Jerusalem. Apart from serving the developing business district in the upper part of the Hinnom Valley, it was meant to be one of approximately one hundred such clock towers built throughout the Ottoman Empire in 1900 in celebration of the 25th year of rule of Sultan Abdul Hamid II.

In 1907 a clock was placed on the roof of the gate, and in 1908 a very ornate clock tower was built on top of Jaffa Gate' historical gate tower. Because of the high cost of 20,000 francs and the poverty of the city, the money was not raised in time and the clock tower was not completed until 1908. The fact that the Jaffa Gate in Jerusalem was selected for the clock tower indicates the gate's importance at the time, even more than the Damascus Gate.

The clock tower was built of limestone quarried from the nearby Zedekiah's Cave. It stood 13 feet tall, and was topped by four clock faces, oriented to the cardinal compass points. The eastern and western faces showed official time (European time) while the northern and southern faces showed local time. Above the clock faces was a bell and the crescent-and-star symbol of Ottoman rule. 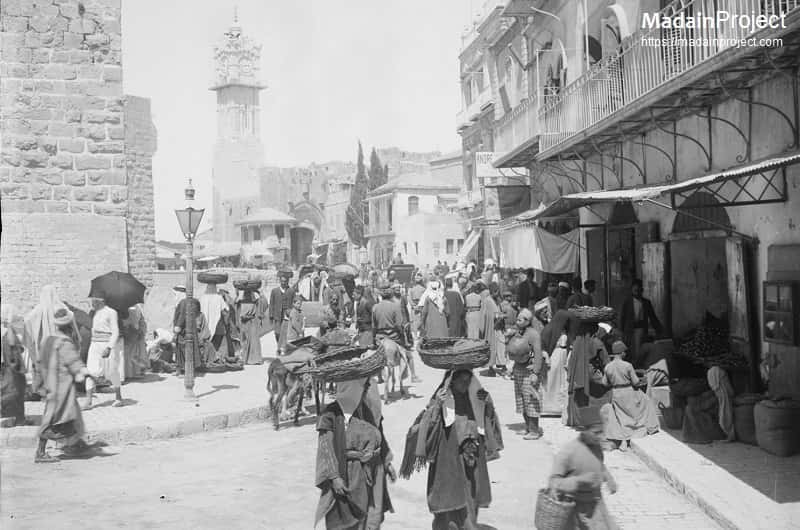 Seven such clock towers were erected in what are now Israel and the Palestinian Territories – in Safed, Acre, Haifa, Nazareth, Nablus, Jerusalem, and the famous tower in Jaffa. The Turkish clock tower only lasted for a decade and was knocked down by the British in 1922 – for aesthetical reasons. As part of the same general plan, all recent buildings set against the city walls and gates, were demolished as well. 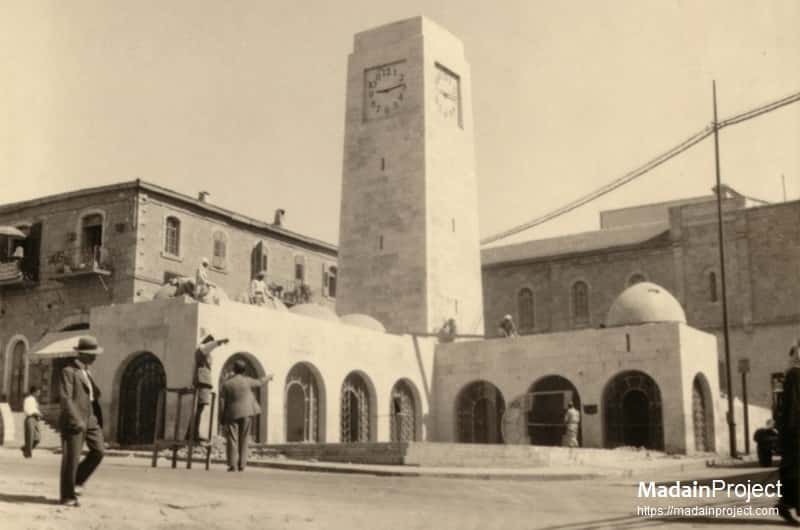 The clock itself was re-erected on a modern, far less decorated and substsubstantially different form, tower at Allenby Square near the British Post Office and City Hall; this British-built tower was itself ultimately demolished in 1934. The British authorities attempted to recreate the historical aspect of the 16th-century city walls and gates and considered the clock tower to be an unaesthetical, disfiguring addition. But it didn’t stay there long, for about a decade later, the tower was demolished. According to the Palestine Post (Sept. 27, 1934), the demolition was required by roadwork being done to relieve traffic congestion. 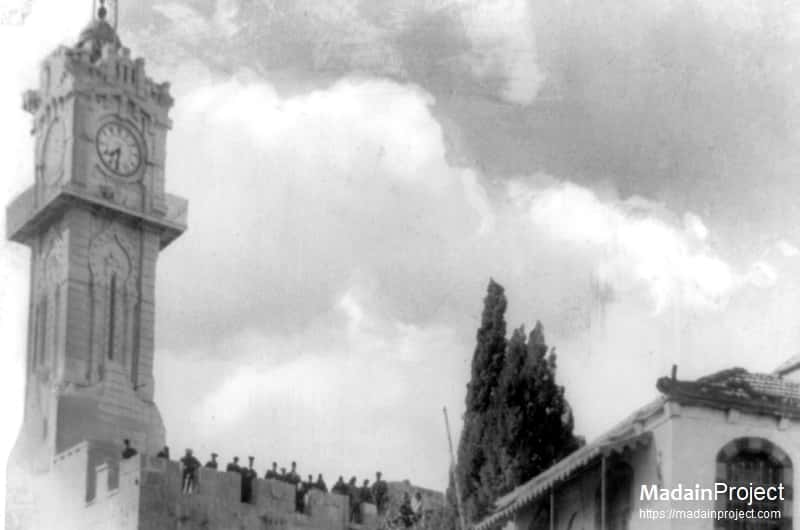