Since the end of the 2nd century CE, the southern tetrapylon or more accurately the tetrakionion marked the crossroads of the Cardo Maximus and the South Decumanus. It is a special type of tetrapylon in which the central crossing is not roofed. The four corner-markers still exist as four separate basement supporting four columns covered by a plane surface decorated with statues. It is one of two Tetrapyla in Jerash. In its hayday it would have looked something like the Palmyra tetrakionion. 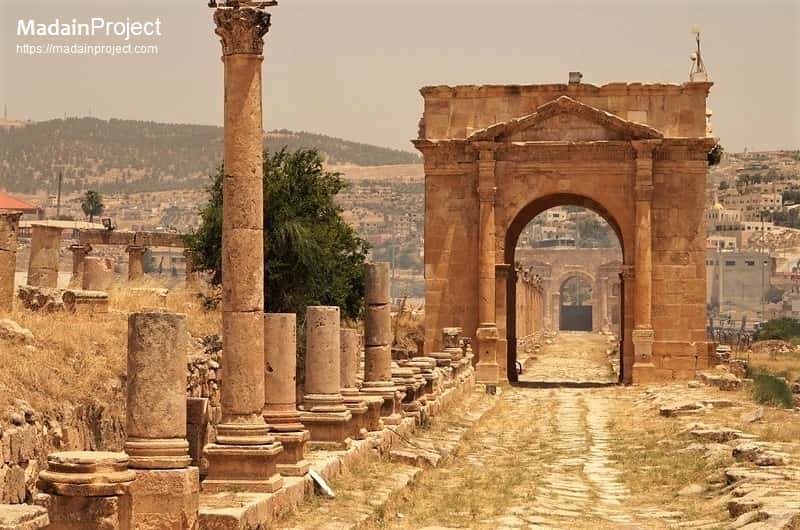 The northern tetrapylon was built circa 180 CE at the intersection of the Cardo Maximus and the North Decumanus (east-west avenue). Later dedicated to Julia Domna, the second wife of the Roman Emperor Septimius Severus (reigned 193 - 211 CE), and daughter of the Syrian high priest Julius Bassianus. The building, with a more modest design than its southern counterpart, was completely reconstructed in 2001.