The Jannat ul-Mualla (جنة المعلى - Garden of the Mu'alla) also known as Al-Hajun, is a famous cemetery located in Mecca, present-day Saudi Arabia to the south-east from the Masjid al-Haram. It is the place where Muhammad's wife, grandfather, and other ancestors are buried. It is located to the north of the Masjid al-Haram, and near the Mosque of the Jinn, in Makkah, Saudi Arabia.

Many of Muhammad's relatives were buried in this cemetery before his Hegira in 622. These include many famous and historical figures who served Islam are buried here, including Khadija (first wife of Prophet Muhammad), Abu Talib, Abdul Mutallib (grandfather of Muhammad). Abu Talib and Khadijah would be the last two major figures to be buried in Jannatul Mualla before the establishment of the Maqbarat al-Baqi in Madinah, which became the cemetery of choice later. 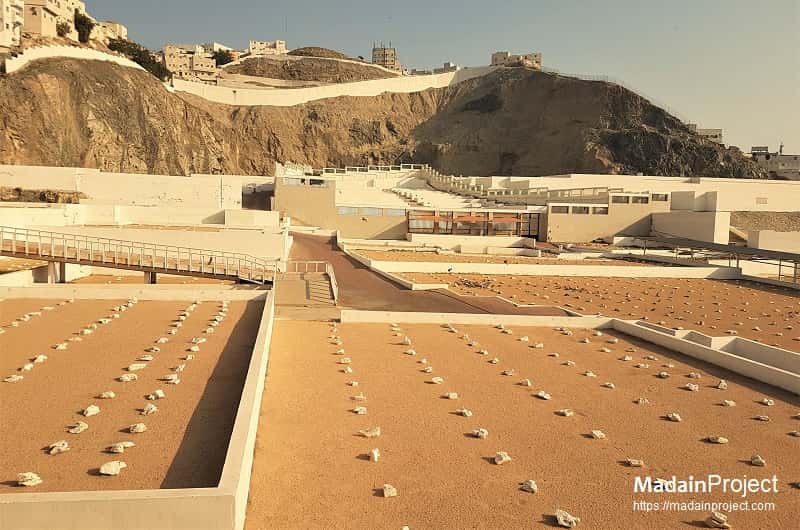 Today, a long white wall restricts the site. Rocks mark the places of the dead, but with no identification. Most visiting pilgrims pay their respects to the site as a whole and from a distance. The cemetery is open year round.

The Jannat ul-Mu'alla (pre-demolitions cemetery) before 1926 demolition. Many domes and structures had been built or rebuilt over famous graves over the years, and mostly during the Ottoman period. Tombs in this cemetery were demolished in 1925, the same year that the Jannat al-Baqi' cemetery in Medina was demolished by Saudi King, Ibn Saud. This happened despite protests by the international Islamic community.