The shrine of Hathor in Timna, or the Egyptian miners' Temple, is a small Egyptian temple dedicated to goddess Hathor, the Egyptian goddess of mining, at the base of Solomon's Pillars. It was discovered and excavated by Beno Rothenberg, the main excavator of the Timna Valley area.

It was built during the reign of Pharaoh Seti I at the end of the 14th century BCE, for the Egyptian miners. Earthquake damage caused the temple to be rebuilt during the reign of Pharaoh Ramses II in the 13th century BCE, with a larger courtyard and more elaborate walls and floors. The dimensions of the original shrine were 15 by 15 meters, and it was faced with white sandstone that was found only at the mining site, several kilometers away. 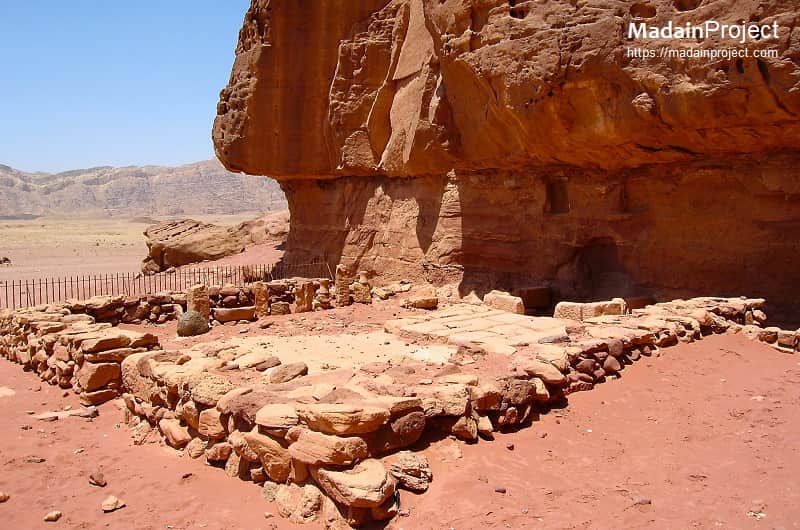 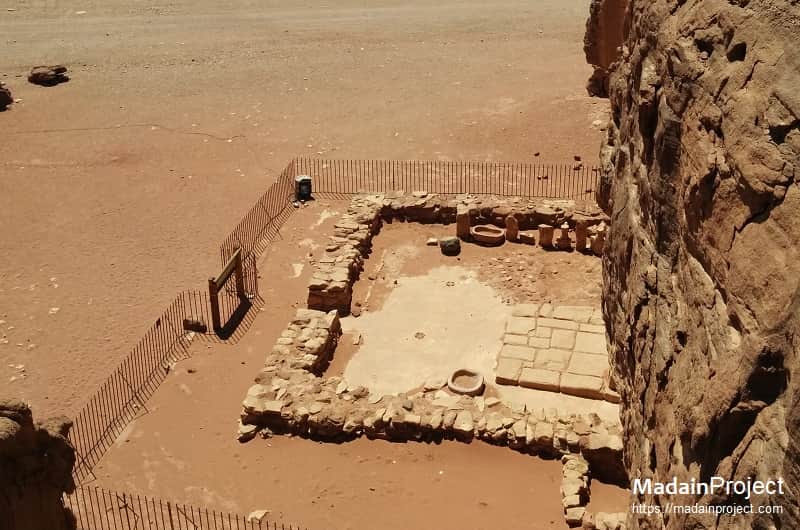 Shrine
The shrine housed an open courtyard with a cella (illustration), an area cut into the rock to presumably house a statue of the deity. The dimensions of the original shrine were 15 by 15 meters, and it was faced with white sandstone that was found only at the mining site, several kilometers away. A rock carving of Ramses III with Hathor (inspect) is located at the top of a flight of step carved into the stone next to the shrine. 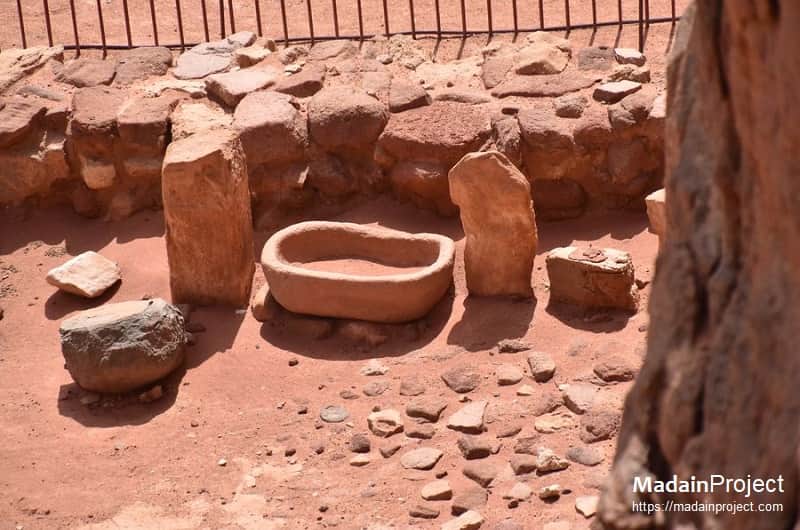 Structural Changes
When the Egyptians left the area in the middle of the 12th century BCE, the Midianites continued using the temple. They erased the evidence of the Egyptian cult, effaced the images of Hathor and the Egyptian hieroglyphics, and built a row of stelae and a bench of offerings on both sides of the entrance. They turned the temple into a tented desert shrine (illustration) and filled it with Midianite pottery and metal jewelry. There was also a bronze serpent found near the sanctuary. 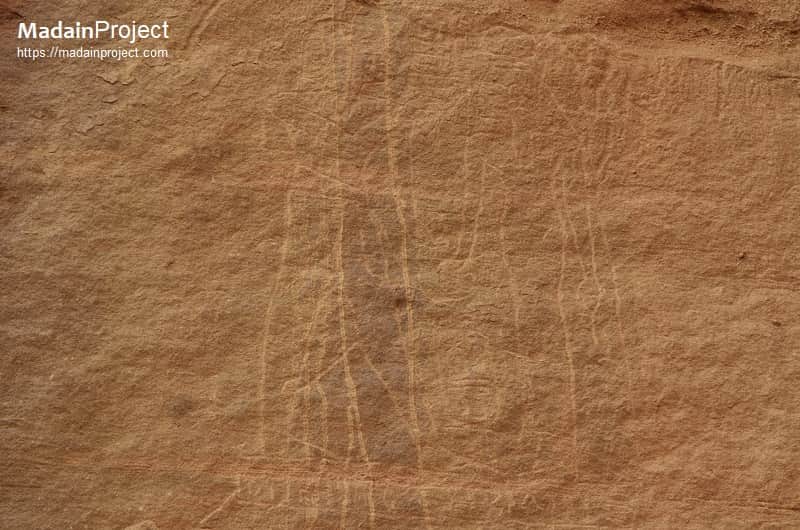 Ramesses III and Hathor Inscription
Royal Egyptian rock engraving from the 12th century BCE in which Rameses III (left) hands an offering the goddess Hathor (right). The goddess holds an Ankh - a symbol of fertility and life. At the bottom of the scene is a hieroglyphic inscription with the name and titles of the leader of the Egyptian expedition who left the engraving behind, "The royal butler the justified Ramessempre". 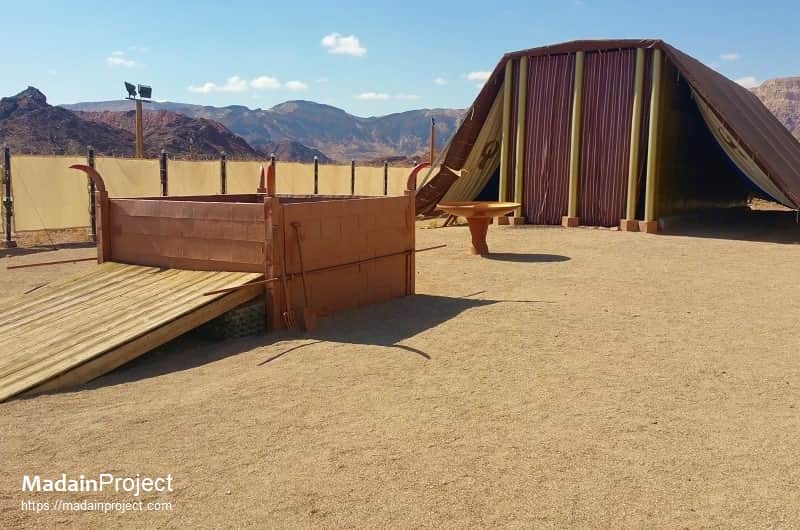 Forerunner of the Tabernacle
A life-size replica of the biblical tabernacle, a tent that God is said to have instructed Moses to build in order to have a transportable sanctuary during the Exodus from Egypt to the Holy Land, was constructed in recent years in the park. It does not use the materials described in the Bible. The tented shrine (illustration) built by the Egyptians might have been a predecessor of the biblical tabernacle in form. 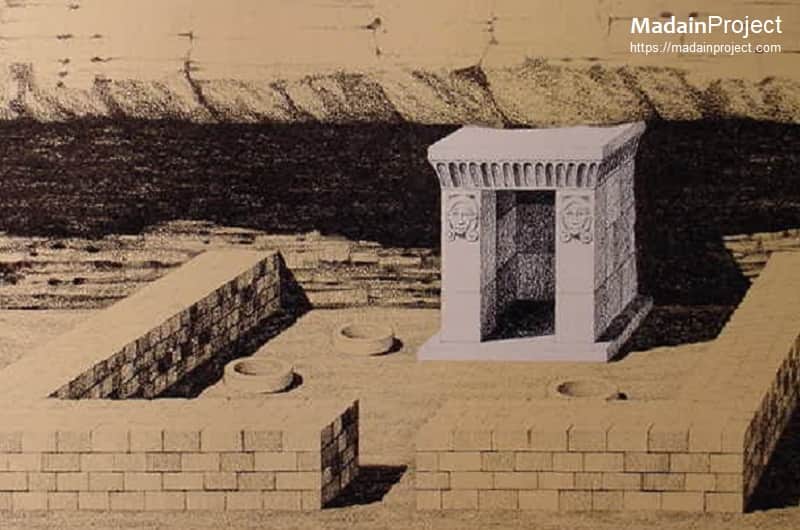 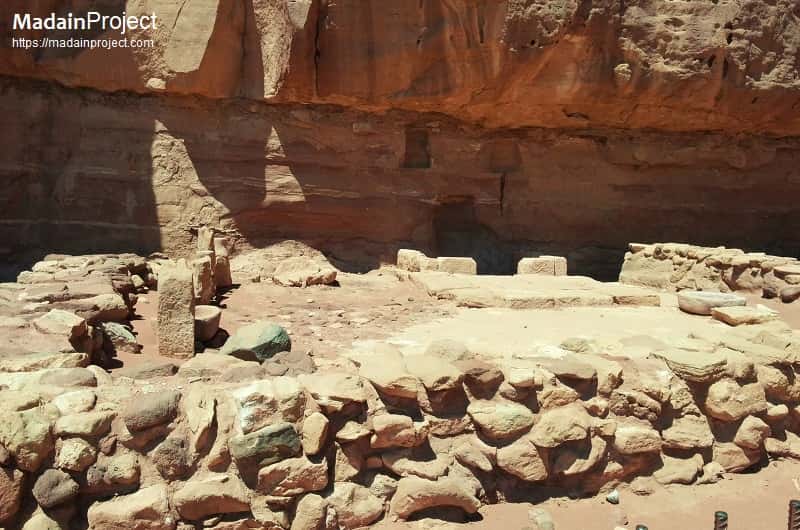 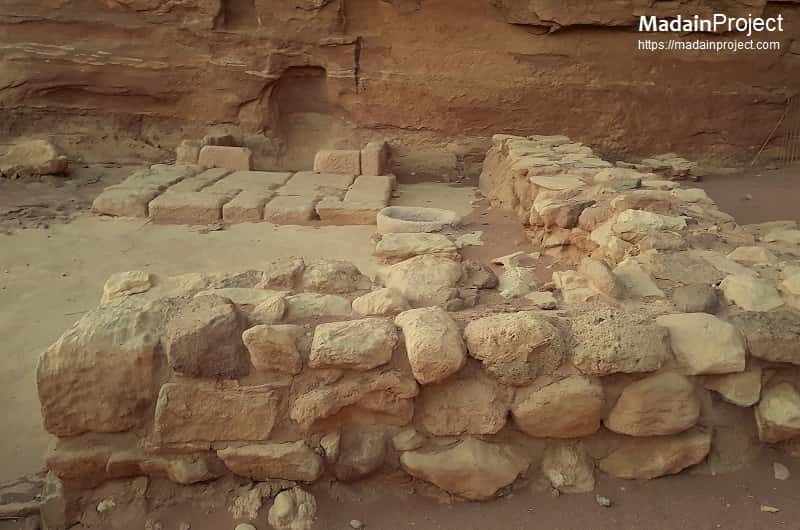