The Green Dome (Arabic: القبة الخضراء‎, al-Qubah al-Khaḍrā’) is a green-coloured dome over the tomb of the prophet Muhammad and early Muslim Caliphs, Abu Bakr and Umar. The dome is located in the south-east corner of the Ottoman prayer hall of al-Masjid al-Nabawi (Mosque of the Prophet) in Medina.

The original and first dome structure dates back to 1279 CE, when an unpainted wooden cupola was built over the tomb. It was later rebuilt and painted using different colours twice in the late 15th century and once in 1817. The dome was first painted green in 1837, and hence became known as the Green Dome. Today the interior of the Qubat al-Khidra is not accessible, as it is located directly over the tomb of prophet Muhammad, which is entirely enclosed.

First Dome
First dome over the Maqsoora was built in 1279 CE (678 Hj.) during the reign of Mamluk Sultan Al Mansur Qalawun. The original structure was made out of wood and was colourless, painted white and blue in later restorations. After a serious fire struck the Mosque in 1481, the mosque and dome had been burnt and a restoration project was initiated by Sultan Qaitbay who had most of the wooden base replaced by a brick structure in order to prevent the collapse of the dome in the future, and used plates of lead to cover the new wooden dome. The building, including the Tomb of the Prophet, was extensively renewed through Qaitbay's patronage. 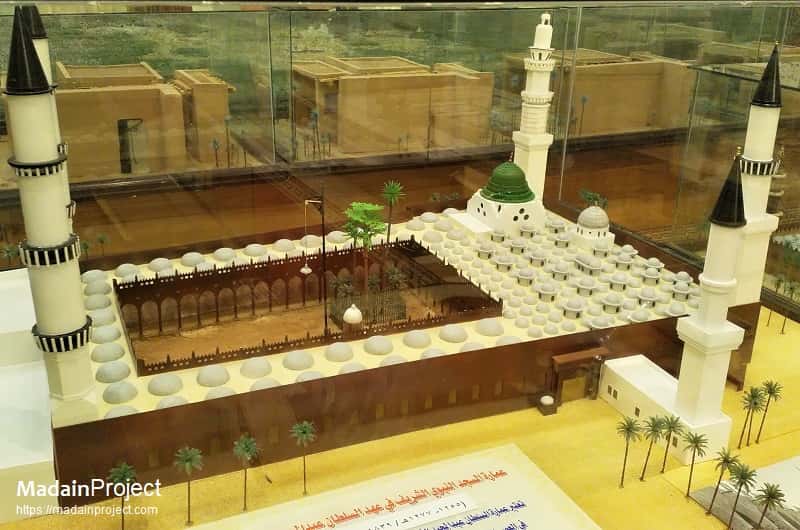 Current Dome
The current dome was added in 1818 by the Ottoman Sultan Mahmud II. The dome was first painted green in 1837. Initially when the Sauds took Medina in 1805 CE, nearly every dome in Medina was demolished, and the Qubat al-Khadhra narrowly escaped the same fate.