The Grand Gallery is a long, narrow passage inside the Great Pyramid of Khufu, that leads up to the King's chamber. It is one of the most fantastic passages constructed in the ancient world inside an Egyptian pyramid.

Floor
The floor of the Grand Gallery consists of a shelf or step on either side, 51 centimetres (20 in) wide, leaving a lower ramp 1.04 metres (3.4 ft) wide between them. Fragments of granite found by Petrie in the Descending Passage may have come from these now-vanished doors.

Construction Details
There are seven of these steps, so, at the top, the Grand Gallery is only 1.04 metres (3.4 ft) wide. It is roofed by slabs of stone laid at a slightly steeper angle than the floor of the gallery, so that each stone fits into a slot cut in the top of the gallery like the teeth of a ratchet. The purpose was to have each block supported by the wall of the Gallery, rather than resting on the block beneath it, in order to prevent cumulative pressure. 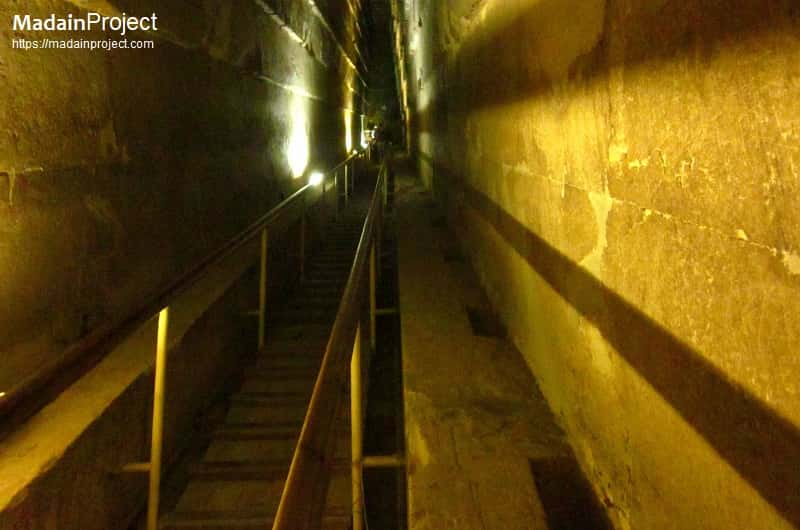 Slots and Niches
In the shelves there are 54 slots, 27 on each side matched by vertical and horizontal slots in the walls of the Gallery. These form a cross shape that rises out of the slot in the shelf. The purpose of these slots is not known, but the central gutter in the floor of the Gallery, which is the same width as the Ascending Passage, has led to speculation that the blocking stones were stored in the Grand Gallery and the slots held wooden beams to restrain them from sliding down the passage.

Others
This, in turn, has led to the proposal that originally many more than 3 blocking stones were intended, to completely fill the Ascending Passage. At the top of the Grand Gallery, there is a step giving onto a horizontal passage some metres long and approximately 1.02 metres (3.3 ft) in height and width, in which can be detected four slots, three of which were probably intended to hold granite portcullises. 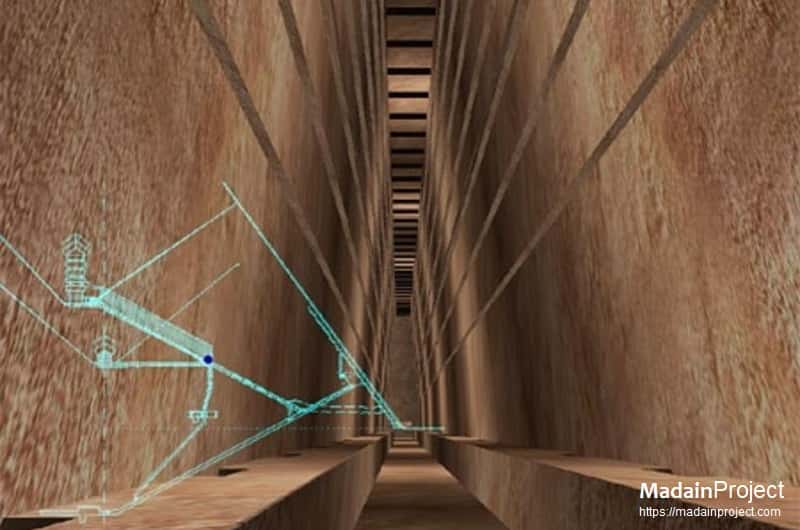