A four-room house, also known as an "Israelite house" or a "pillared house" is the name given to the mud and stone houses characteristic of the Iron Age of Levant. Also referred to as “Israelite house” and “pillared courtyard house,” emerged in the central highlands of Canaan during the late 13th -early 12th centuries BCE in response to environmental and socio-economic needs.

The design was based on a long house with four main spaces - a broad room in the back and three long spaces extending forward from it. The rooms were divided by stone pillars and walls. The central room was a courtyard, which was normally open to let in light since there were no windows in the house.

Beer-sheba
The four-room house at the Tel Beersheva is one of the most common residential dwelling and some twenty such houses were excavated. Like other places, the four-room house at Beersheba was incorporated in to the casemate wall of adjoining some other line of fortification as a single organic unit. The standard type was a rectangular design covering a total area of 150-200 square meters.

Land of Goshen
Identified with Avaris (modern day archaeological site of Tel el-Daba), remains of 4-Room Houses were also excavated. The city of Avaris was the capital of the Hyksos domain in the north of Egypt; it was excavated by Egyptologist Manfred Bietak. Remains of a number of 4-room dwellings were also discovered during the archaeological excavations.

Jerusalem
Dubbed as the House of Ahiel, this four-room house was excavated in the 'Area G' of City of David, Jerusalem. This four-room house was built into and over the Millo around 550 BCE in the days of young Josiah and Jeremiah. There are side rooms, separated by monolithic pillars and piers, and adjoining service rooms to the north. It is one of the best preserved of the Iron Age structures in Area G is Ahiel’s House. 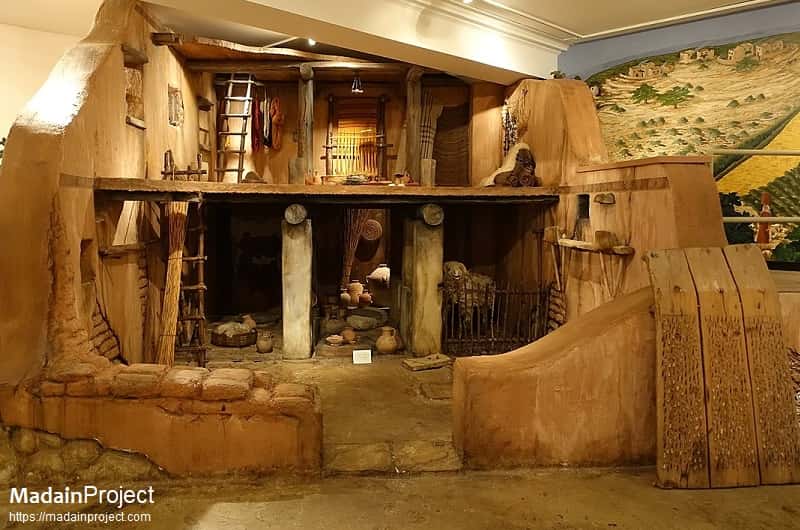