The Famine Relief from the causeway of Unas documents a severe draught and possibly an impending famine during the reign of Pharoah Unas (2345-2315 BCE), usually interpreted as contributing to the collapse of the Old Kingdom.

The relief depicts two registers of emaciated victims of famine. The people depicted falling down with hunger, are believed to be the bedouins who inhabited the desert fringes of Egypt. Bell argues that the famine recorded in the Unas Causeway was brought on by a slow but steady reduction in the rainfall that charges the Nile River, coupled with a failure of the government to cope with the problem. It is believed to be ancient Egypt's most haunting and revealing works of art. Egyptologist Miroslav Verner highlights this particular scene from the causeway depicting famished desert nomads. The scene had been used as "unique proof" that the living standards of desert dwellers had declined during Unas's reign as a result of climatic changes in the middle of the third millennium BCE. Grimal suggested that this scene foreshadowed the nationwide famine that seems to have struck Egypt at the onset of the First Intermediate Period. According to Allen et al., the most widely accepted explanation for the scene is that it was meant to illustrate the generosity of the sovereign in aiding famished populations. 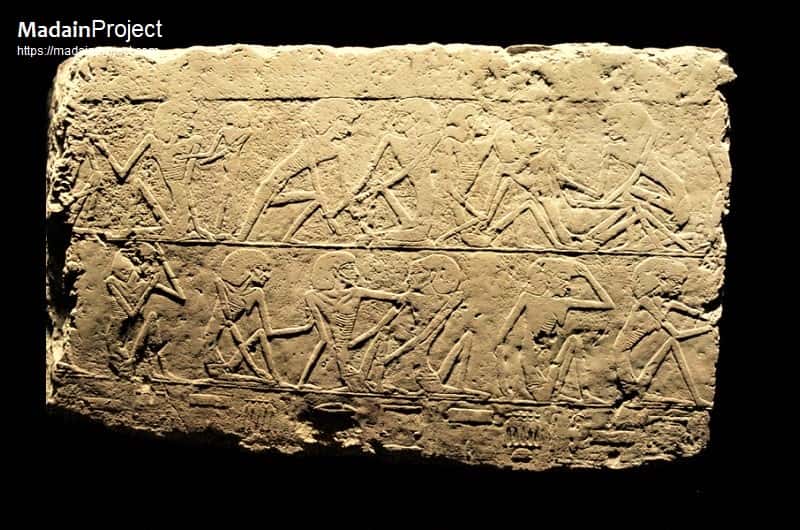 It was found in the rubble of the roofed causeway that lead up to the Pyramid of Unas. Today it is exhibited in the Imhotep Museum in Saqqara. The Egyptians viewed food deprivation as a liminal experience, approaching chaos. And through such realistic images the Egyptians were expressing their fears to the gods, appealing them to keep these sufferings away from Egypt.