Dordrecht Ark or Johan's Ark is a Noah's Ark-themed barge in Dordrecht, Netherlands, which was built by the Dutch building contractor, carpenter and creationist Johan Huibers. 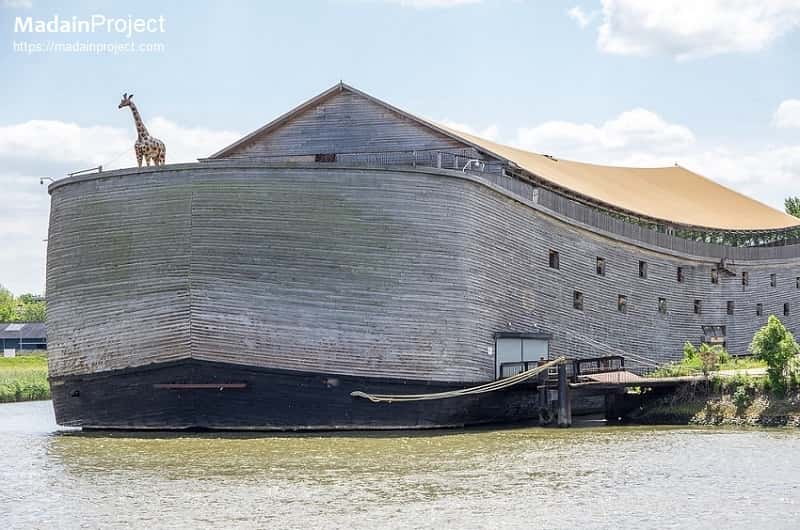 It is a full-scale interpretation of the biblical Ark, featuring animal models, including cows, penguins, a crocodile, and a giraffe. It opened to the public in 2012. A replica of Noah's Ark based on biblical narrative of the Deluge (The Great Flood). According to Bible the Ark was 300 cubits long, 50 wide and 30 high, and roof finished to a cubit upwards. The wooden construction is carried on a hidden floating platform from steel made up of 21 steel LASH barges. 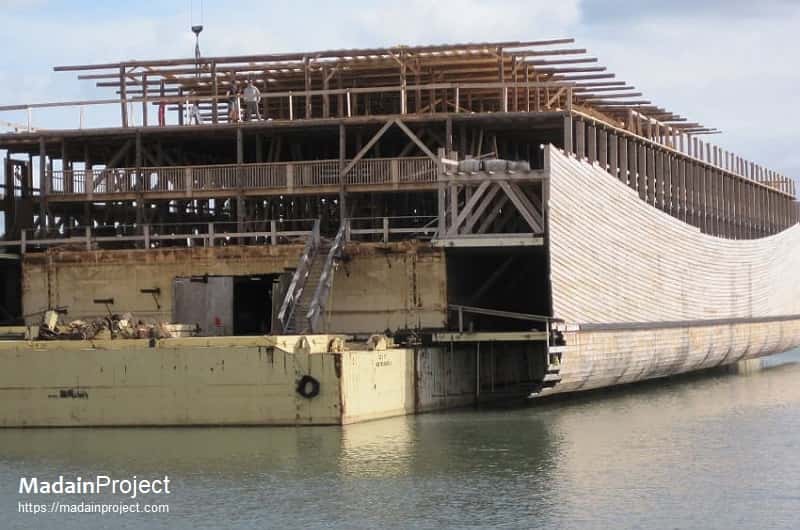 Floating core of the Johan's Ark composed of LASH barges visible during construction. Previously the LASH barges were cargo containers, towed or pushed as floating barges over inland waterways, while carried on large ships over rough seas. Hence the ark can be towed by tugboats over the rivers, but it is not seaworthy. It could travel the seas on top of a pontoon or transport ship. 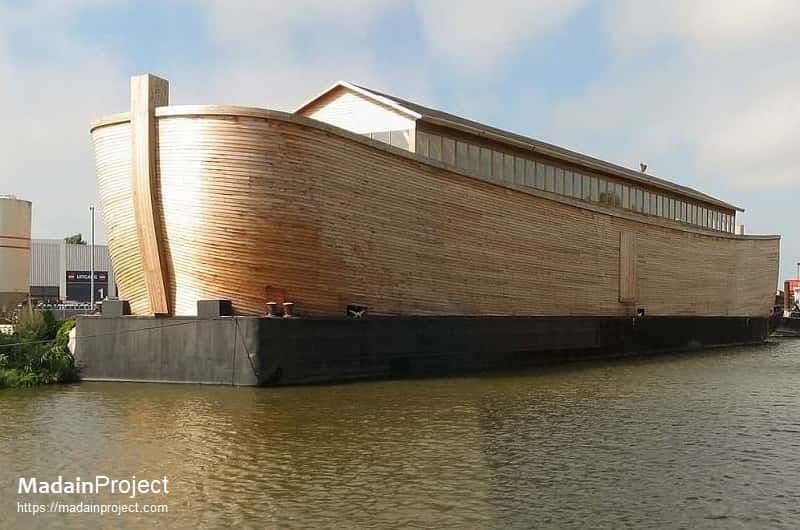 A few years earlier Huibers built a half-scale interpretation of the Ark, in the river port of Schagen, 50 km north of Amsterdam. Huibers did the work mostly with his own hands, using modern tools and occasional help from his son, in one and a half years. Its size, adapted for sailing the Dutch canals and locks, was 70 metres (230 ft) long, 9.5 metres (31 ft) wide, and 13 metres (43 ft) high. 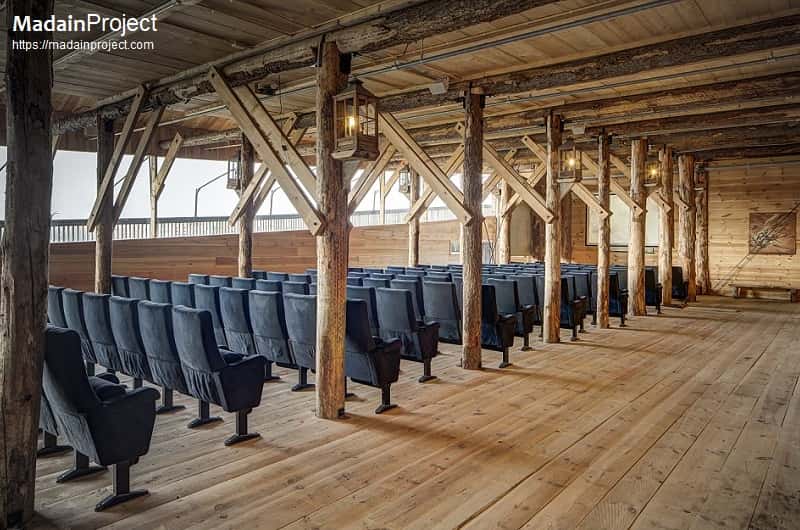 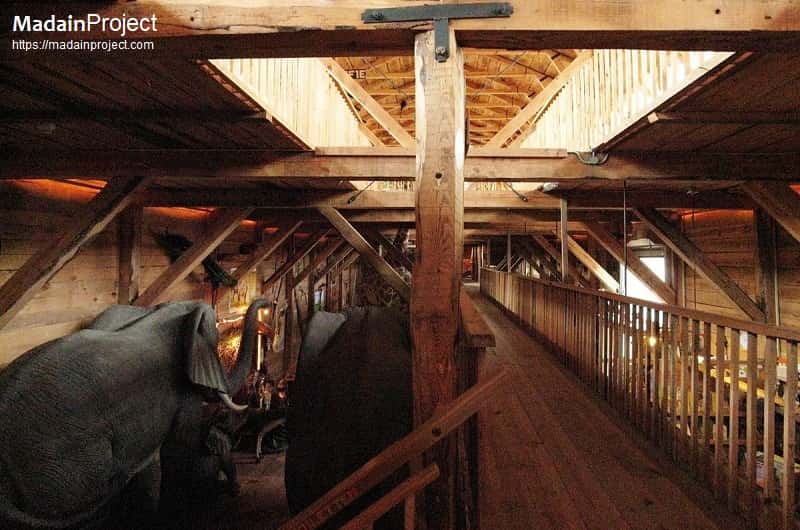 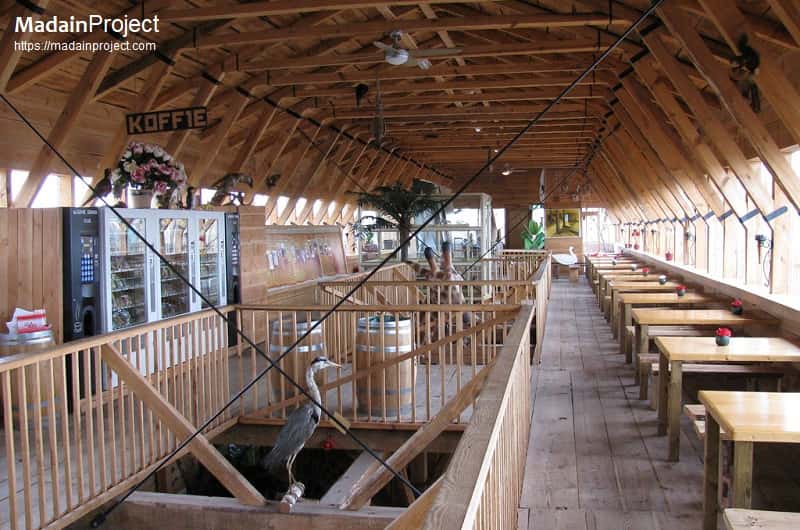 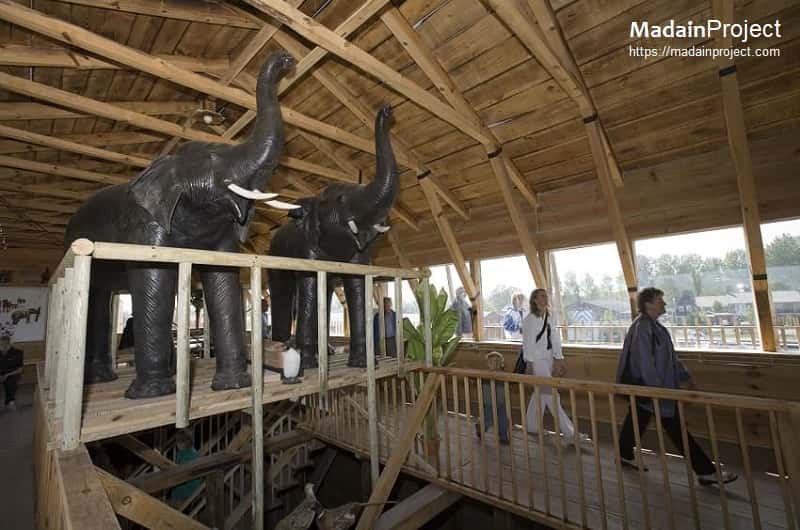 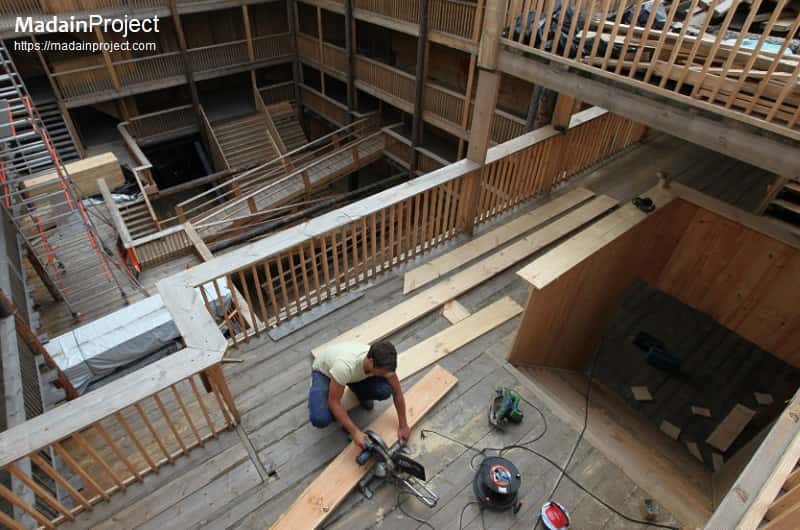 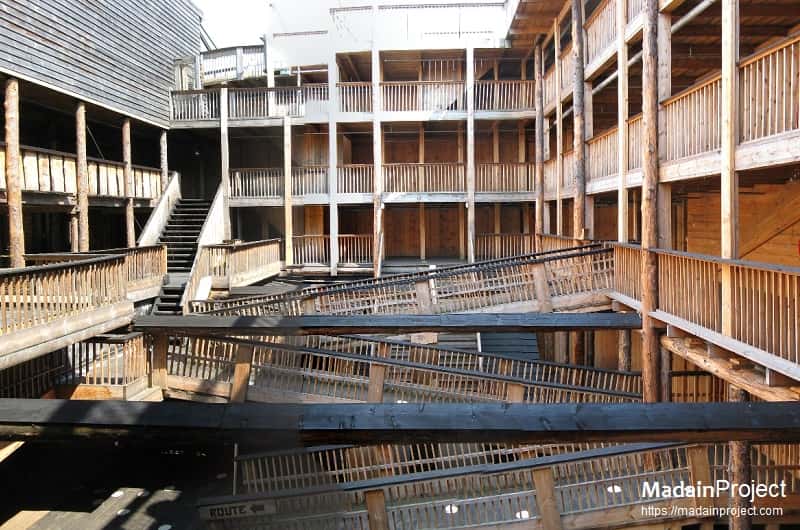