Cardo was the Latin name given to a north-south street in Ancient Roman cities and military camps as an integral component of city planning. The cardo maximus, or most often the cardo, was the main or central north–south-oriented street. The cardo maximus was the "hinge" or axis of the city, derived from Greek καρδίᾱ, kardia — 'heart' and as such was generally lined with shops and vendors, and served as a hub of economic life. 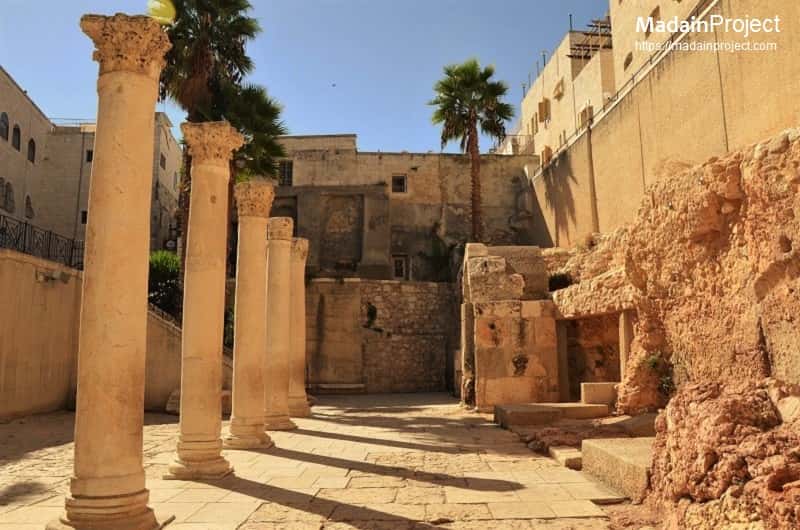 Southern Section of the Jerusalem Cardo, it was originally a paved avenue approximately 22.5 meters wide (roughly the width of a six lane highway) which ran southward from the site of the Damascus gate, terminating at an unknown point. An illustration of how this main street might have looked in Roman-Byzantine times. The southern addition to the Cardo, constructed under Justinian in the 6th century CE, extended the road further south to connect the Church of the Holy Sepulchre with the newly built Zion Gate.