The ancient Byzantine mosaics inside the Church of Saint Peter in Gallicantu are now displayed just inside the entrance, found during excavation, these were most likely part of the floor of the fifth-century shrine. Because the current structure is built on the foundations of previous Byzantine and Crusader churches a number of the foundations and mosaics of earlier churches (including the site where three Byzantine-era crosses were found) are exposed. 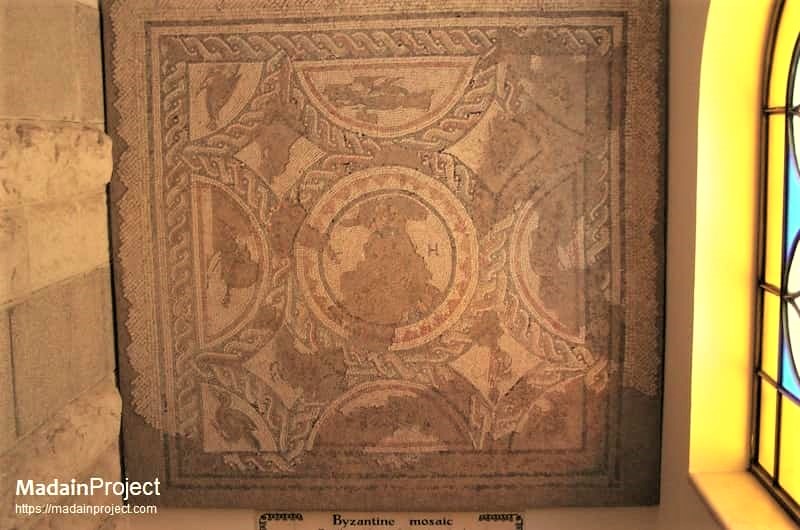 Byzantine mosaic at the church entrance, depicting Gaya (the earth goddess) surrounded by various (8) birds. Damaged by 8th century CE Iconociasts, the mosaic was rediscovered in 1992 and restored by Israel Antiquities Authority. It is not in situ. 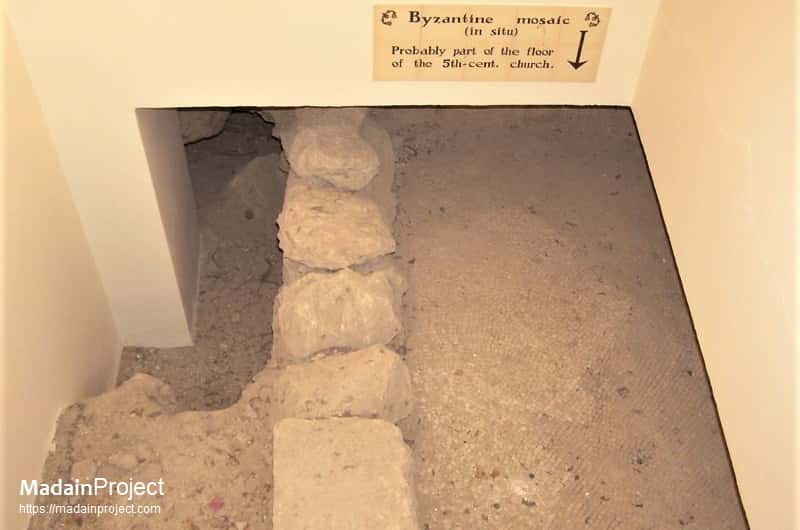 The mosaic at the bottale-neck entrance was probably part of the fifth century monastery floor, and is in in situ.