Bosra (بصرى‎), Buṣrā, also spelled Bostra, Busrana, Bozrah, Bozra and officially known Busra al-Sham (بصرى الشام), is a town in southern Syria, administratively belonging to the Daraa District of the Daraa Governorate and geographically being part of the Hauran region. Bosra has an ancient history and during the Roman era it was a prosperous provincial capital and Metropolitan Archbishopric, under the jurisdiction of Eastern Orthodox Patriarchate of Antioch and All the East. It continued to be administratively important during the Islamic era, but became gradually less prominent during the Ottoman era. 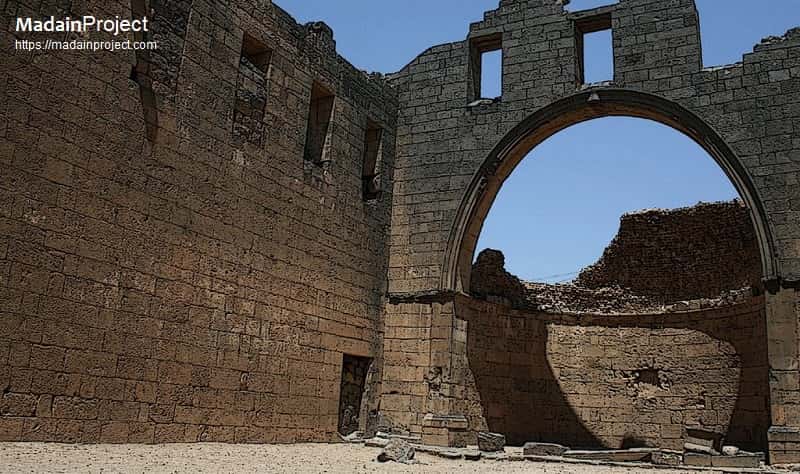 Masjid al-Omari or the Jami' al-'Umari is one of the oldest standing and well preserved mosques in the world. The mosque of Umar is located in the ancient Roman city of Bosra, about 140 km south of Damascus. Originally founded by Caliph Umar, who led the Muslim conquest of Syria in 636 CE, and it was completed in the early 8th century by Caliph Yazid II. 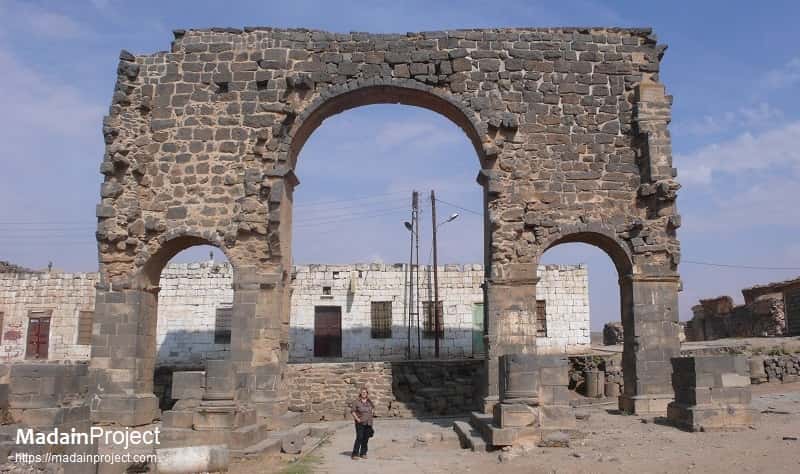