In a robbers' pit sunk in to the chapel of Tomb 1, excavators found fragments of this colossal statue depicting an Asiatic dignitary. The statue was found in a layer corresponding to the year c. 1700 BCE. Over the statue’s right shoulder you can still see his “throw stick” i.e., the symbol of his rule. Carved out of limestone the colossal statue depicts an asiatic dignitary with a mushroom-shaped coiffure holding a throw-stick at his right shoulder. 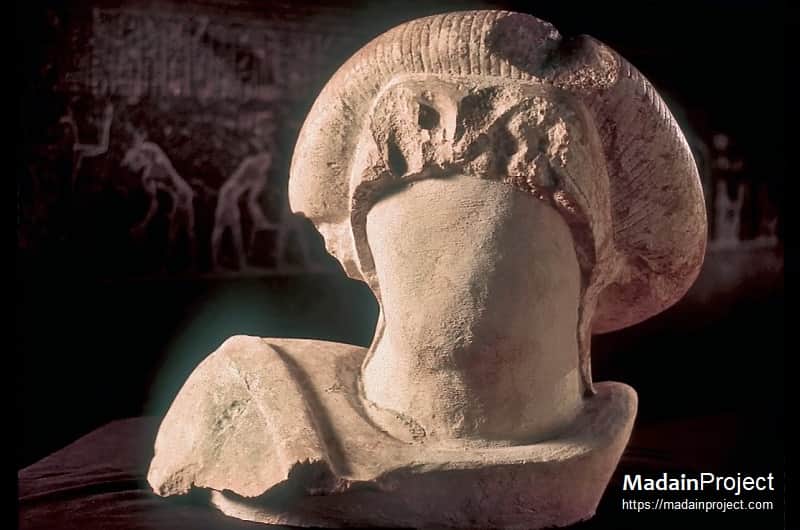 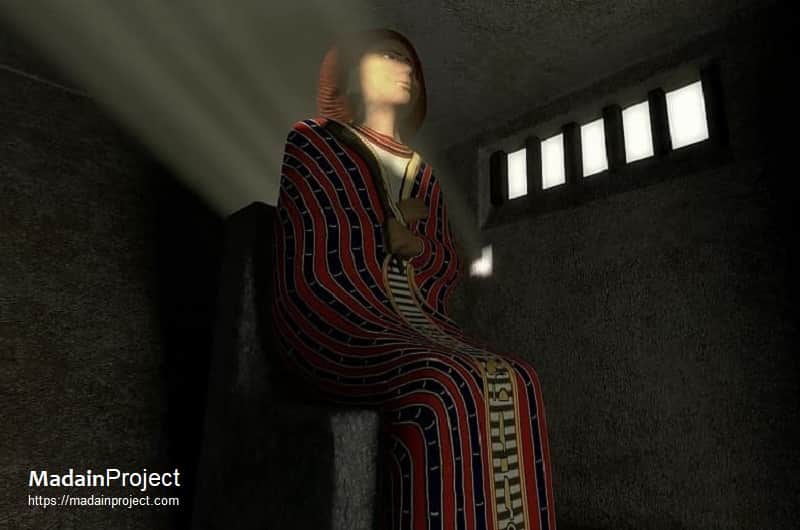 The size of the seated figure is estimated to be 2 meters high and 1.5 meters in depth, about one and a half times life size. On the back – remarkably, you can still see evidence that this ruler was wearing a striped garment (inspect), made up of at least three colors: black, red and white. The skin was yellow, the traditional color of Asiatics in Egyptian art. It had a mushroom-shaped hairstyle, painted red, typical of that shown in Egyptian artwork for Asiatics. The statue had been intentionally smashed and defaced (Bietak 1996: 20–21).

It was a seated statue, nearly twice life-size, of excellent quality. The hair was painted red while the colour of the skin was yellow, the traditional colour of Asiatics in Egyptian art. This indicates that people of Asiatic origin enjoyed royal confidence during this period. As we also have evidence from not only Tell el-Dab'a but from other parts of the kingdom like Serabit el-Khadim, the presence of high Asiatic functionaries who were obviously in the service of the Egyptian crown is very evident.

Similarities with the Statue Found in Palace of Ebia
The form of this statue has no parallels in Egypt. A similar figure is known, however, from the palace of Ebia, dating approximately to the same period (eighteenth century BCE). It was made in a much cruder fashion, but once again it is a seated statue of a dignitary with a throwstick held against the shoulder. Finds like these suggest that in addition to such humble soldiers the high-ranking Egyptian functionaries who led such expeditions during the late 12th Dynasty were also of Asiatic descent. 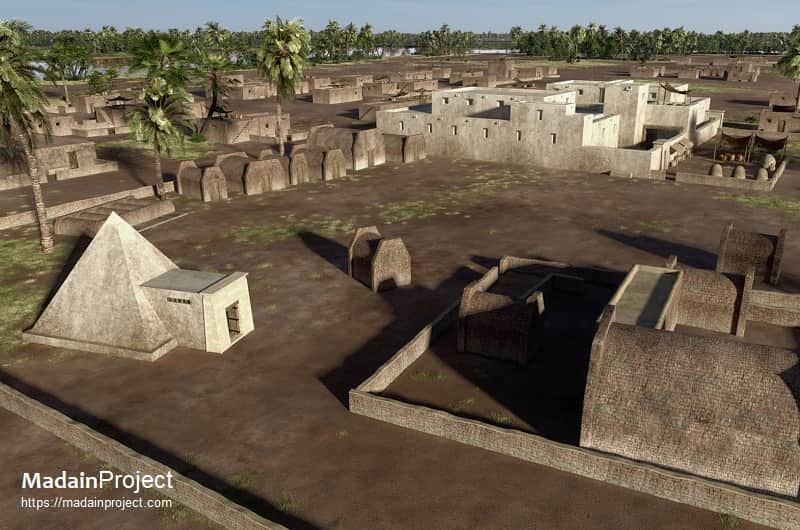 According to Bietak's description, the statue was found in fragmentary form, within a robber's pit inside the funerary chapel preceeding the small pyramidal burial tomb. The statue was smashed intentionally, suggesting that there was political turmoil in the region. It is unclear whether this tomb belonged to the 'Mittelsaalhaus', which could be considered a predecessor of the palace of the early 13th Dynasty in the stratum above, or whether it belonged to this palace (inspect). From its position in relation to the 'Mittelsaalhaus' and to the other tombs, Eigner considers it probable that it belongs to late 12th Dynasty.