as-Sahaba Mosque (Mosque of the Companions)

According to an Islamic tradition as-Sahaba Mosque (مسجد الصحابة) is the oldest mosque built in Eritrea by the first Muslim Migrants when they first arrived in Abyssinia. They built a Mosque so they could pray, and named it al-Sahaba Mosque. Sahaba in Arabic means companions, and that is to imply that al-Sahaba Mosque was built by the companions of Prophet Muhammed who migrated for Mecca to Habasha. That makes this Mosque the first in Africa. 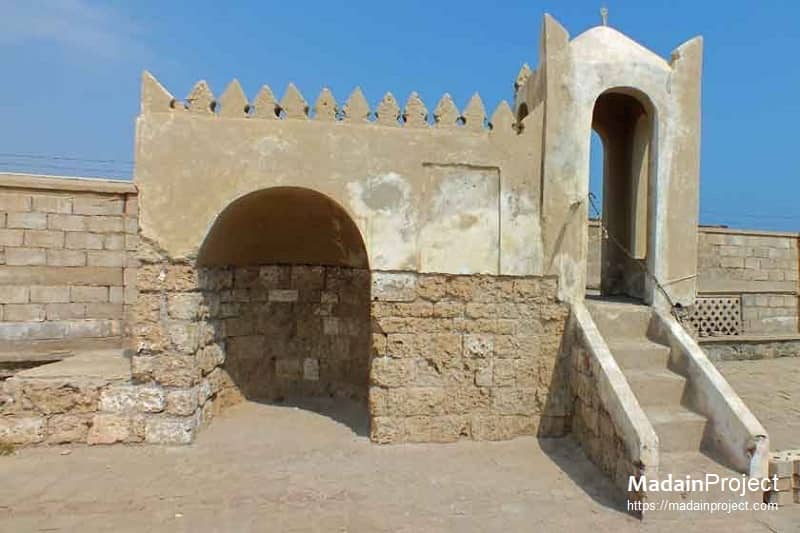 The mosque was renovated most recently in the twentieth century, and currently is not fuctional. It was reportedly built by companions of the Prophet Muhammad who came here to flee persecution by people in the Hejazi city of Mecca, present-day Saudi Arabia. This historic mosque is located in the eastern edge of the Massawa port. The companions mosque is the closest mosque to the Red Sea on the African side. The most important feature of the mosque is that it points towards the Qibla Awwal (first qibla), al-Aqsa in Jerusalem.

The mosque is a very simple structure with a mehrab, a four-stepped minbar. Although the mosque is believed dating to the early seventh century during the time of prophet Muhammad, the current structure reflects some features that did not exist several decades later in Islamic architecture, like the minaret and the curved mehrab. The first curved mehrab was installed by Umar bin 'Abdulaziz in Masjid an-Nabawi. The first known minarets in mosques appear in the early 9th century under Abbasid rule, and were not widely used until the 11th century.

The mosque is only a historical remenant and is generally not functional today, though occasional Salahs (prayers) are offered in the mosque. During these Salahs, people praying do not face Jerusalem but towards the Mecca by correcting their direction a little towards the east. The first qibla in Jerusalem is about 3,000km away, while the later and current qibla in Mecca is about 500km.

The as-Sahaba Masjid qibla sits in the northern end of a paved courthyard on the eastern edge of the Massawa Port. According to Islamic tradition the Muslim migrants fleeing from persecution in Mecca, boarded a merchant ship from Shuaiba port and landed here. For most of its history, Massawa was little more than a seaside village, lying in lands that pertained to the Kingdom of Axum in ancient times and overshadowed by the nearby port of Adulis.

The small raised dome over the stepped-minbar can also be interpreted as a domed-minbar (a typical Ottoman style minbar) or a minaret to the mosque. The mosque covers an area of approx 3,100 square meters. The small domed minaret over the minbar is topped with a small star encircled with inside a crescent.

The first group of emigrants who arrived in Kingdom of Aksum, comprised of twelve men and four women, was granted asylum in the year 7 (BHj.) (613 CE) under Ashama ibn-Abjar, the ruler of the Kingdom of Aksum. This group included Uthman ibn Affan, who later became the third caliph. This group reached Aksum, traveling via a ship from the sea port of Shuaiba, landing most probably at Adulis and then on to Aksum.

The designation of as-Sahaba Masjid in Massawa as the first mosque of Islam depends on whether the Masjid al-Quba (مَـسْـجِـد قُـبَـاء) in Medina older or not, it may be the first mosque in the world that dates to the lifetime of the Prophet Muhammad, 7th century CE.