Antonia Fortress According to Josephus

Josephus repeatedly refers to it as "the tower Antonia", and states that it had been built by John Hyrcanus and later by King Herod, and used for a vestry, in which were reposited the vestments of the high priest.

Josephus placed the Antonia Fortress at the northwest corner of the colonnades surrounding the Temple. Modern depictions often show the Antonia as being located along the north side of the temple enclosure. However, Josephus' description of the siege of Jerusalem suggests that it was separated (illustration) from the temple enclosure itself and probably connected by two colonnades with a narrow space between them. Josephus' measurements suggest about a 600-foot separation between the two complexes (illustration).

Although Josephus Flavius mentions the Antonia Fortress having an appearance of a tower with other towers at the corners, most modern reconstructions often depict the fortress as having a tower at each of four corners. One of such interpretations can be seen recreated as part of the Holyland Model of Jerusalem. According to Josephus three of these turrets were fifty cubits high, while that at the south-east angle rose to seventy cubits and so commanded a view of the whole area of the temple.

Excerpts from the Antiquities

Antiquities 15.8.5 and 15.11.4.
Now on the north side [of the temple] was built a citadel, whose walls were square, and strong, and of extraordinary firmness. This citadel was built by the kings of the Asamonean race, who were also high priests before Herod, and they called it "the Tower", in which were reposited the vestments of the high priest, which the high priest only put on at the time when he was to offer sacrifice. But for the tower itself, when Herod the king of the Jews had fortified it more firmly than before, in order to secure and guard the temple, he gratified Antonius, who was his friend, and the Roman ruler, and then gave it the name of the Tower of Antonia.

Antiquities 18.4.3, Bellum 1.21.1 and 5.5.8.
Now as to the tower of Antonia, it was situated at the corner of two cloisters of the court of the temple; of that on the west, and that on the north; it was erected upon a rock of fifty cubits in height, and was on a great precipice; it was the work of king Herod, wherein he demonstrated his natural magnanimity. In the first place, the rock itself was covered over with smooth pieces of stone, from its foundation, both for ornament, and that any one who would either try to get up or to go down it might not be able to hold his feet upon it. Next to this, and before you come to the edifice of the tower itself, there was a wall three cubits high; but within that wall all the space of the tower of Antonia itself was built upon, to the height of forty cubits. The inward parts had the largeness and form of a palace, it being parted into all kinds of rooms and other conveniences, such as courts, and places for bathing, and broad spaces for camps; insomuch that, by having all conveniences that cities wanted, it might seem to be composed of several cities, but by its magnificence it seemed a palace. And as the entire structure resembled that of a tower, it contained also four other distinct towers at its four corners; whereof the others were but fifty cubits high; whereas that which lay upon the southeast corner was seventy cubits high, that from thence the whole temple might be viewed; but on the corner where it joined to the two cloisters of the temple, it had passages down to them both, through which the guard (for there always lay in this tower a Roman legion) went several ways among the cloisters, with their arms, on the Jewish festivals, in order to watch the people, that they might not there attempt to make any innovations; for the temple was a fortress that guarded the city, as was the tower of Antonia a guard to the temple; and in that tower were the guards of those three. There was also a peculiar fortress belonging to the upper city, which was Herod's palace; but for the hill Bezetha, it was divided from the tower Antonia, as we have already told you; and as that hill on which the tower of Antonia stood was the highest of these three, so did it adjoin to the new city, and was the only place that hindered the sight of the temple on the north. And this shall suffice at present to have spoken about the city and the walls about it, because I have proposed to myself to make a more accurate description of it elsewhere. 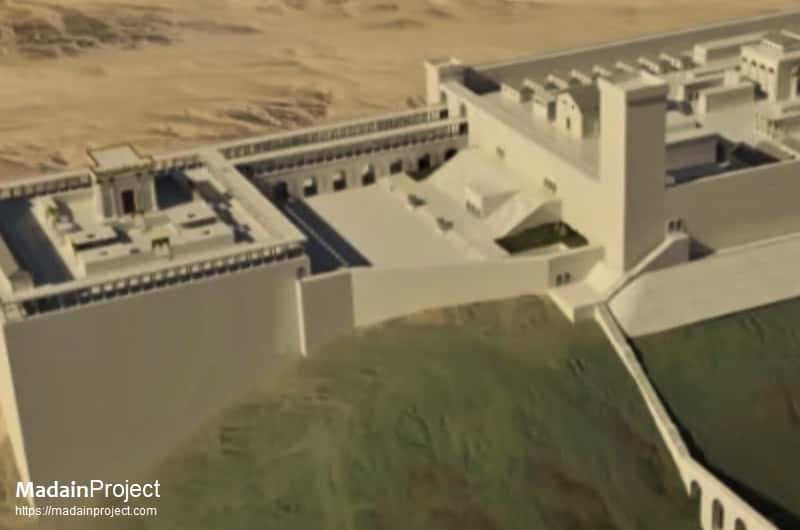 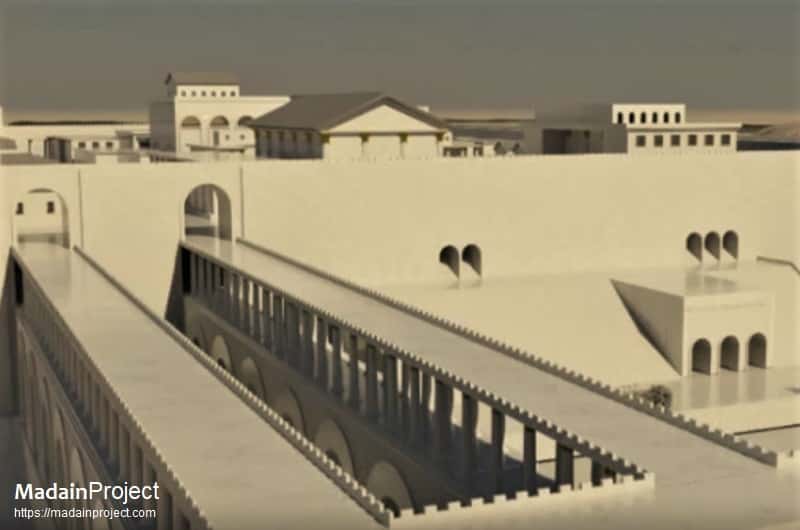