The al-Buraq Mosque (مسجد البراق), literally meaning the Mosque of the "White Steed", is a small mosque located inside the Haram al-Sharif complex in the Old City of Jerusalem. It is in the passage that once led to Barclay's Gate.

The current al-Buraq Mosque (مسجد البراق) was established during 1307-1336 CE (707-737 Hj.), Mamluk era, it is located at the western flank of the Temple Mount (Haram al-Sharif) beside the Morocco Gate. This small structure, on the south-west corner of the al-Aqsa compound is believed to be the place where prophet Muhammad tied the Buraq, the winged riding animal upon which he rode during the Night of Ascension. The wall on the right is the other side of what the Jews call the Wailing Wall.

The earlist mention about this mosque was by Abd al-Ghani al-Nabulsi in 1689 CE. The “al-Buraq” Mosque “built into the vaulted internal gate passage of Barclay’s Gate.” The dark line on the far wall (left of the photo) is “apparently the top of the lintel” (Powers). Eric Matson Photo, 1940s. 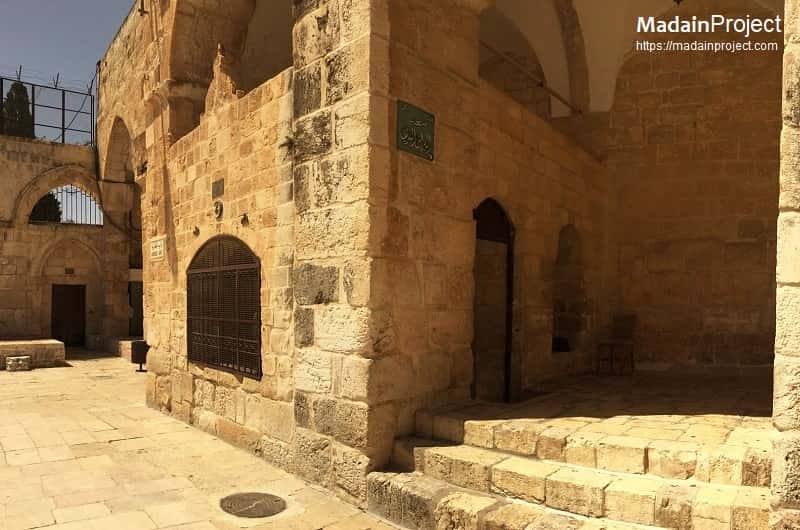 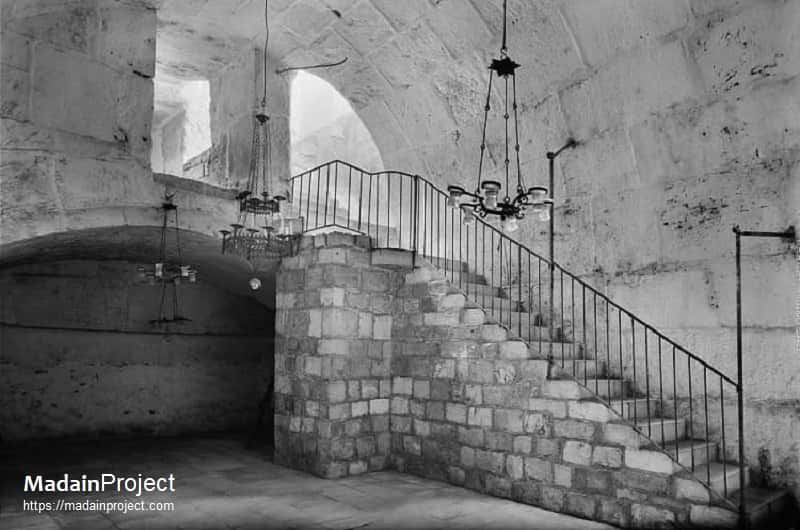 Islamic tradition holds that on the night of Isra and Mi'raj prophet Muhammad took a night journey from Mecca to Jerusalem before ascending to heavens. 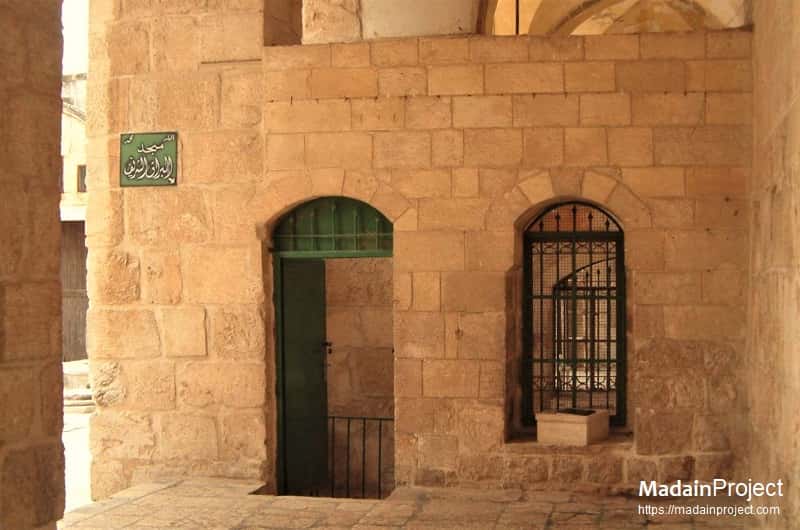 Entrance
The entrance to the small mosque is located at the southern end of the western arcade, immediatelynorth of the Moor's Gate. The entrance enclosure is the only part of the mosque which is above ground. The mosque is still open for prayers as worshipers use this entrance located in al-Aqsa’s western corridor. The main gate, (today known as the Barclay's Gate and located directly below the Moroccan Gate) of al-Buraq Mosque is located in al-Aqsa’s western wall, but is permanently sealed.

Prayer Hall
The lintel of Barclay's gate can be seen to the right below the arch. This arch was the roof to one of the four large second temple era gates, mentioned by Josephus.

The main prayer hall of the mosque is located below ground, inside the arched gateway. It is called Al-Buraq Mosque because of a ring that is nailed to its wall (left) which Muslims believe Prophet Mohammad used to tie al-Buraq, a magnificent animal that carried him from Mecca to Jerusalem in the Night Journey of “Al-Isra’ wa Al-Mi’raj.” Looking towards the western or the al-Buraq wall, the qibla wall is to the left, with a small ring attached to it. This ring is a modern installation. 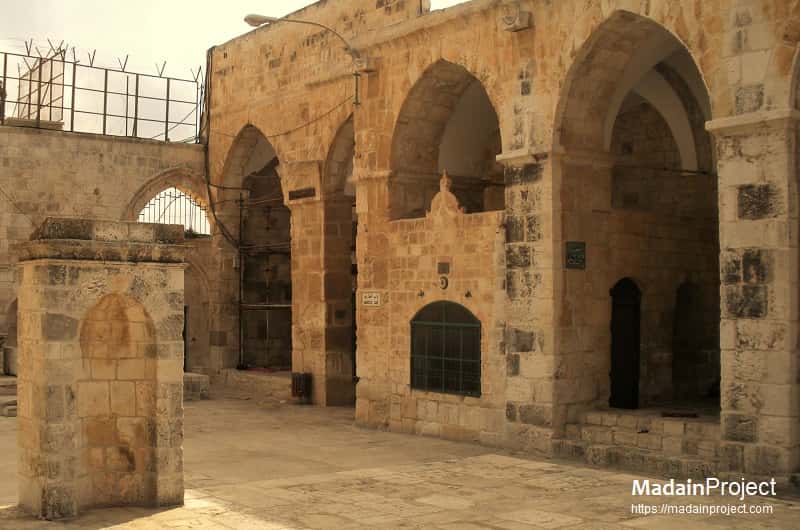 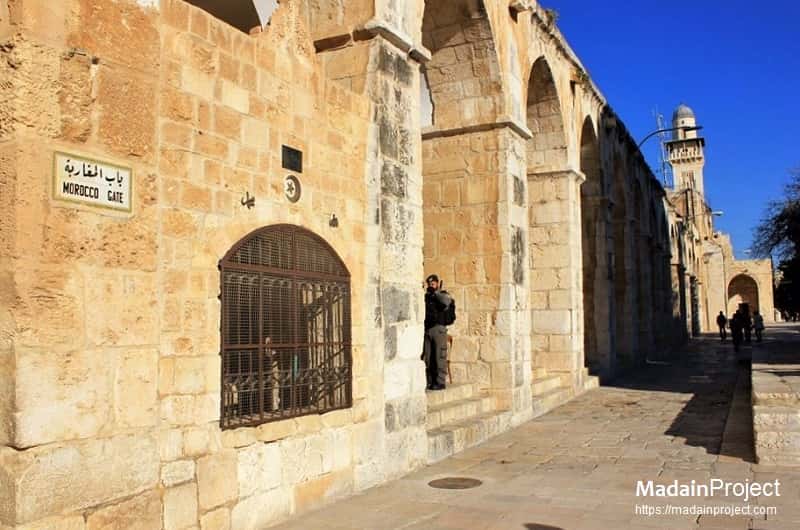