The masjid abi-Bakr (مسجد ابو بكر الصديق) is located at the south-western flank of the Prophet’s Mosque, and north-west of the Masjid al-Ghamama. According to a tradition Muhammad prayed al Eid prayer at this site, and abu Bakr after the prophet continued the tradition during his Caliphate, so it was attributed to him. 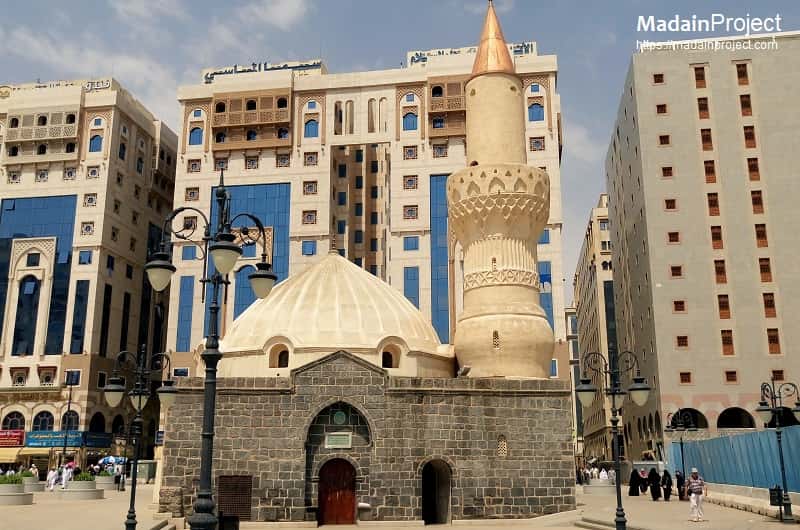 It is square shaped and the length of its side is nine meters. It was built with black basalt stones, and was painted white from inside with a dome above it whose height is 12m. It has a rectangular courtyard whose length is 13m and width is 6m , and a minaret which is 15m high. It was built-up for the first time in the Princedom of Omar Bin Abdul Aziz in Medinah (86-91 AH/705-709 CE), and it was renovated by the Ottoman Sultan Mahmoud II in 1254 Hj./1838 CE.

The small mosque has one dome and one minaret has a sinlge and very ornate dome. The single minaret of the mosque retains its Ottoman structure and closely resembles to the Bab as-Salam Minaret of Masjid Nabawi. The minaret has a muazzin's balcony near the center. On the outside the dome of the small mosque is built with ribbed-style architecture.