The new King abd ul-Aziz Gate (باب الملك عبدالعزيز) of Masjid al-Haram, also called the Bab al-Malik (King's gate) for short. The recent reconstruction of the gate is a drastic deviation of typical architecture of the Masjid al-Haram. The gate has distintly square-features as compared to it's predecessor, and displays a more modern look rathern than familiar Saudi architecture which evolved from the Ottoman architecture of the Great Mosque of Mecca.

The new King abd ul-Aziz Gate of Masjid al-Haram, also called the Bab al-Malik (King's gate) for short. The King Abdulaziz Gate is located right opposite Ajyad Street, the Kabah is directly visible from this portal. It is one of the four major gates of old Masjid al-Haram (circa 1970-80 CE) that were renovated during the Malik 'Abdullah expansion of the mosque. 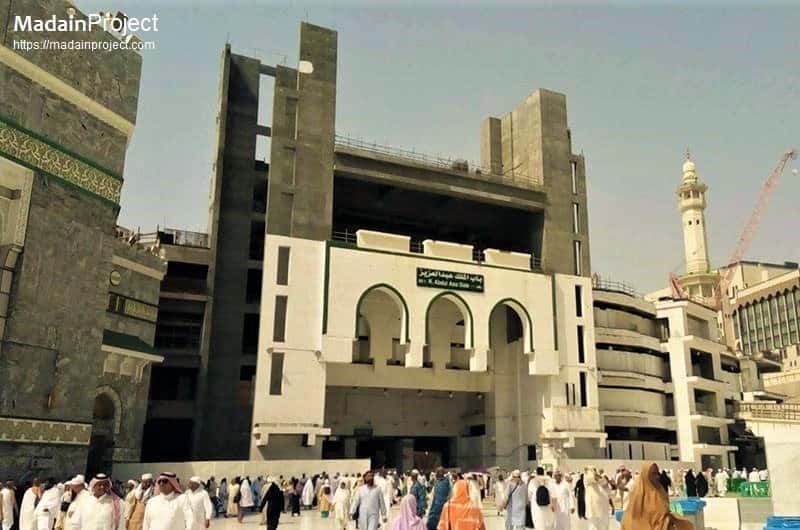 King abd ul-Aziz Gate of Masjid al-Haram as it stood bedore the recent renovation. Overlooking the Holy Mosque, in front of the King Abdulaziz gate, stands Safwa Towers. Its striking lobby, with a stepped-ceiling, exudes an ambiance of famous Arabic hospitality. The smaller gate to the left is Bab Ibrahim, gate no. 94, which is named after prophet Ibrahim. There are about 200 gates of Masjid al-Haram. The predecessor of current Bab Malik (باب الملك) had two minarets. 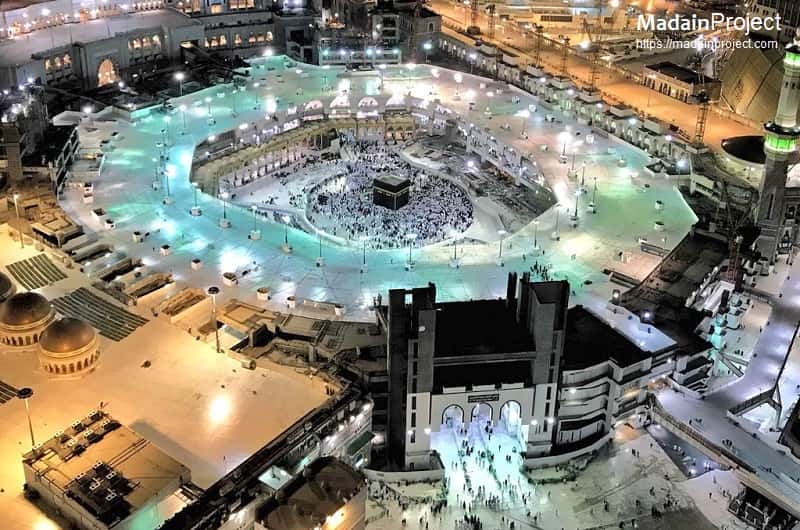